50 Cent took to Instagram to call out Kanye West for posting an obnoxious message about estranged wife Kim Kardashian. However, Ye immediately set the record straight. 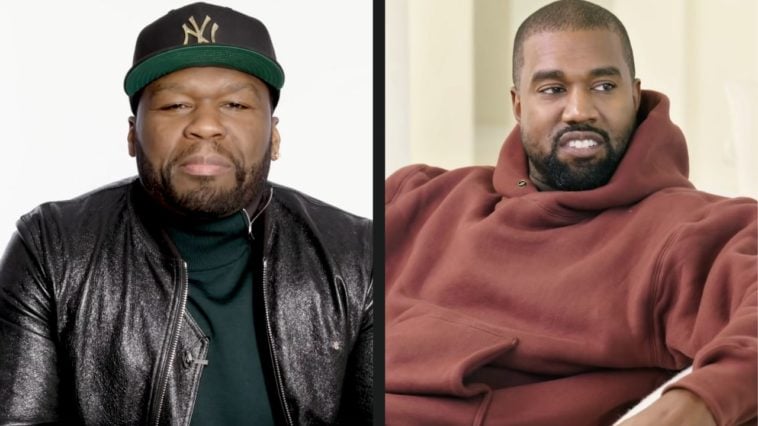 50 Cent doesn’t hesitate to call out his fellow hip-hop peers on social media.

Recently, the rapper turned television producer took to Instagram to call out Kanye West for posting an obnoxious message about his estranged wife.

Fifty posted a screenshot with the caption:

“ What the fuck make you do this, smh not

Ye got word of the post and immediately cleared his name, replying to 50 Cent:

This would be the second time in the past week  the “Candy Shop” rapper has posted false accusations to his Instagram, which has fans questioning if anyone from his team is fact-checking for the rapper before he adds his fifty-two cents to the mix.

On September 11, 2007, while many Americans were memorializing the World Trade Center attack, hip-hop was watching for the results of 50 Cent’s bold wager – he would end his solo music career if Kanye West’s “Graduation” album outsold his “Curtis”.

Both albums were released on that day.