Atlanta rapper 21 Savage and Metro Boomin are keeping the spotlight on their Savage Mode II album. The hip-hop pair have now come through on a chopped and screwed version of the chart-topping studio effort.

After some initial weekend teasing, Sav and Metro have delivered on the goods. They relied on Texas native OG Ron C to put his signature touch on the new album.

The instant classic, SAVAGE MODE II, further cements itself as the best and most culturally relevant album of 2020 by getting the chopped and screwed treatment.  Remixed by the legendary Houston DJ, OG RON C, the chopped and screwed version of the album, was announced Sunday, October 18th by Triple 6 Mafia’s DJ Paul on his Instagram and twitter and is available at all DSP’s. The hits don’t stop for 21 Savage, who clinched the #1 album in the country—Savage Mode II with Metro Boomin. It launched 13 songs into the Billboard Hot 100 with two—“Runnin” and “Mr. Right Now” [feat. Drake]—in the Top 10 as well as having every song on the album chart on the Hot 100.

21 Savage & Metro Boomin’s collaboration album, Savage Mode II(Boominati/Republic/Slaughter Gang/Epic), opens at #1 on the HITS Top 50 with 173k. The duo racked up 200m+ streams for their highly anticipated sequel and posted the biggest first-week total ever for either act as a lead artist. (HITS Daily Double)

Several months in the making, Savage Mode II is the sequel to their 2016 collaboration Savage Mode and the first studio album from 21 Savage since 2018’s I Am > I Was. The rapper-producer team also dropped Without Warning in 2017 with Migos’ Offset. R&B singer Bryson Tiller‘s Anniversary (59,000) and West Coast rapper YG‘s My Life 4Hunnid (40,000) are also big sellers in their opening week. 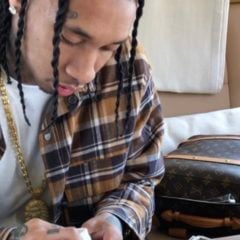 Recently, Savage and Metro went to their Instagram pages to share the latest issue of The Source, on which they made the cover. The online-only cover shows the pair linked up together with leather jackets and signature shades. 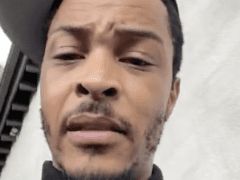 NEWST.I. Reveals Truth Behind Drake Allegedly Getting Peed On

Recently, 21 Savage didn’t hold back on calling out some of his hip-hop peers. Savage specifically checked unnamed rap artists for using his signature style in songs.