Months after it debuted at No. 1 on the Billboard 200 chart, late rapper Pop Smoke‘s posthumous album is back in the top spot. The fallen hip-hop star’s Shoot for the Stars, Aim for the Moon is sitting on top of its competition.

Pop Smoke’s Album Is Back On Top

The Brooklyn rapper was shot and killed in Los Angeles in February, months before the July release of Shoot for the Stars, Aim for the Moon — his first studio album. The album debuted atop the Billboard chart on July 18. It stayed high on the list in the time since then, before regaining No. 1 position this week.

Pop’s mentor, fellow New Yorker 50 Cent, took time out to celebrate the achievement. 50 went on Instagram to give props to Smoke and 21 Savage — whose Savage Mode II album debuted at No. 1 last week — saying they’re both No. 1 in his view. 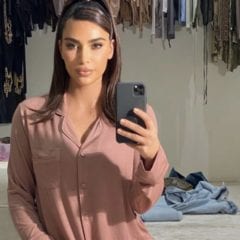 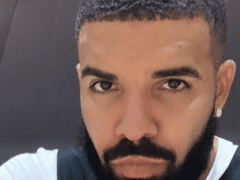 Back in July, four suspects were hit with murder charges in connection to the home invasion during which Pop Smoke, 20 years old, was killed. The oldest suspect was just 19 years old.

Prosecutors said Corey Walker, 19, and Keandre Rodgers, 18, killed the rapper in the course of a robbery at a multimillion-dollar home on Hercules Drive in February, according to a news release issued by the Los Angeles County district attorney’s office. A 17-year-old and a 15-year-old defendant were also charged with murder and robbery in juvenile court, according to prosecutors. Their identities were withheld because of their age. (Los Angeles Times)