Some fans were unhappy with rapper Yung Miami and the wife of Gucci Mane, Keyshia Ka’Oir. They both posted Instagram pics to their social media accounts after Migos rapper Takeoff’s funeral. 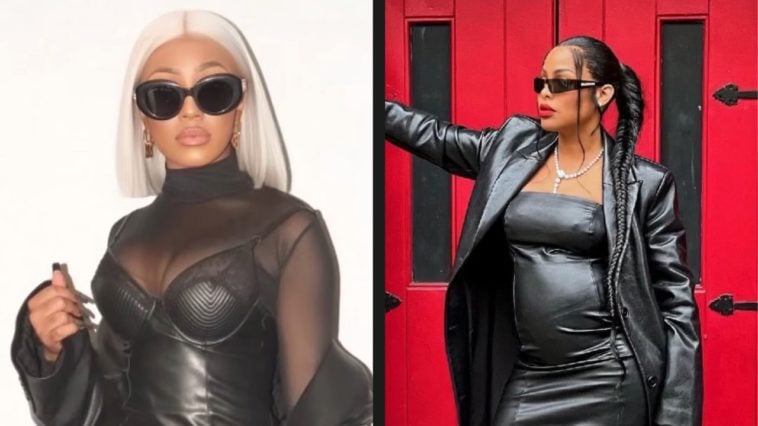 The City Girl sported an all-leather ensemble that featured a trench coat, miniskirt dress, tights, and thigh-high boots in a series of slides that featured her in motion while posing in front of a motorcycle.

Miami accompanied the post with a caption using lyrics from GloRilla’s single “Tomorrow.” It stated:

“Everyday the sun won’t shine, but that’s why I love tomorrow 🚀🤍” The rocket emoji symbolized Takeoff.

One supporting fan said, “Sis, I love you, but a photo shoot after his funeral, with your funeral fit? It never gave that.”

Another commenter said, “Social media at its finest…..the gram needs to see what I wore to a funeral? Your marketing team needs to reconvene. This is insensitive and unnecessary.”

Yung Miami and the second half of The City Girls, JT also had professional photos taken on the inside.

“You showing out for the funeral, huh.”

Another fan who seemed confused about the sequencing of Keyshia’s slide of photo post said:

“Selfish. Why not post your pics last if they just had to be posted? It took me a minute to figure out this was a post about 🛫. SMH.. unfollowing.”

Some fans came to Ka’Oir’s defense, “But who doesn’t take pictures after funerals? Come on now, y’all just making shit up. Now y’all wanna be mad at anything.”

Despite criticism, the two haven’t removed their post, and Yung Miami even responded to her haters under the comment section of Neighborhood Talk, saying, “I came and showed my support. That’s all that matters!”

The death of Takeoff shocked the rap community, and people got to say their final goodbyes to him at State Farm Arena in Atlanta last Friday. One tribute dedicated to Takeoff that faced backlash was from Houston rap mogul J. Prince and his family.