Memphis rapper Young Buck was arguing with his girlfriend when she allegedly fired two shots. She has been arrested, while the former G-Unit member is reportedly unharmed.

According to TMZ, Buck and Lucresia Neal got into it over social media passwords that turned physical. He allegedly flipped over a table and grabbed her, so she grabbed a gun and shot once into the ground, then fired another shot that she says was not aimed at him.

The rap veteran is serious about making a major return to the game. Young Buck recently shared a sneak peek into his music-making goals with longtime friend and producer Drumma Boy Fresh. 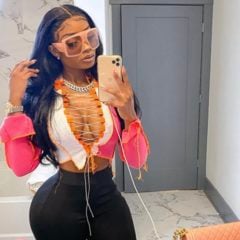