Tekashi69 told a New York judge in March that he is broke. His accountant produced receipts to prove it, saying he is in debt to his record label and his net worth is “less than zero.” 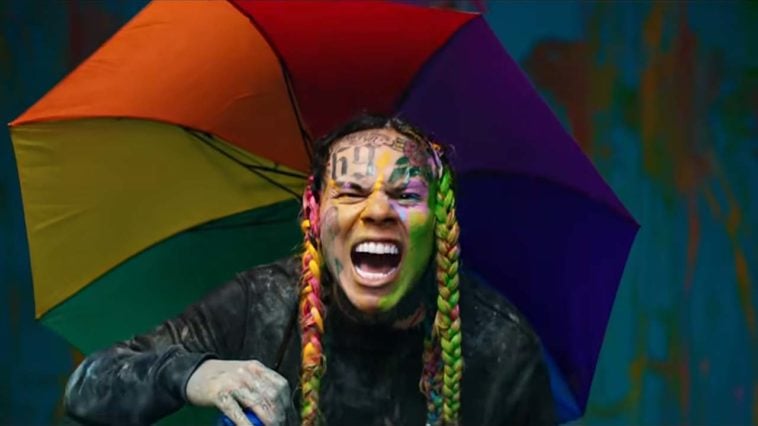 249 Views
Comments Off on Update: Tekashi69’s Net Worth Is “Technically Less Than Zero,” Claims Attorney

Tekashi69 Broke As A Joke

On March 11, Tekashi69 requested that a NY judge overturn his payment of compensatory damages to plaintiffs Seketha Wonzer and Kevin Dozier for a botched robbery. The robbery took place in 2018 when Tekashi69 and his crew attacked the pair. The crew attacked thinking the two publicists were affiliates of rival Rap-a-lot Records. At the time, 69 and his crew were in a well-publicized beef with the record label.

According to Wonzer and Dozier, Tekashi69 was invited to record a podcast with 50 Cent collaborator DJ Thoro in NYC. However, they ended up being confronted by 6ix9ine’s crew. Tekashi admitted to his involvement in the robbery, thus providing grounds for him being held civilly liable. Wonzer and Dozier demanded millions in damages.

Tekashi’s lawyer asked the judge to significantly reduce the amount in damages Wonzer and Dozier are requesting. He argued that they failed to establish their injuries or that Tekashi directly caused the injuries.

The court documents read, “Based on the foregoing, Defendant requests that the Court (1) reject Plaintiff’s demand for $564,000 each in compensatory damages based on their failure to carry their burden of establishing that they have sustained the injuries they have claimed; (2) Defendant’s conduct was the proximate cause of their purported injuries, and (3) reject Plaintiff’s demand for punitive damages based upon their failure to carry their burden (a) of proving Defendant’s conduct warrant punitive damages, and (b) failing to provide the Court with a constitutionally sound basis for calculating said damages. In the alternative, Defendant requests that the Court reduce both compensatory and punitive damage awards to a more reasonable amount in keeping with his actual involvement in the event and the evidentiary record in this case.”

Tekashi explained to the judge that he is too broke to pay the civil judgment. His accountant, Justin D. Kobay, corroborated this statement. He said if the court awards the unitive damages, Tekashi would have to file for bankruptcy.

“If this Court were to award the $564,000 in compensatory damages to each Plaintiff and/or award punitive damages using the proposed 9.52 to 1 multiplier, Defendant would be rendered insolvent and would immediately have to file for bankruptcy relief. He would be unable to cover the third-party expenses he presently pays for his family members and indeed could not support himself any longer.”

Judge John P. Cronan and Magistrate Judge Jennifer E Willis have not formally addressed any of Tekashi’s pleas at this time.

Tekashi Is Technically Worth “Less Than Zero”

Court documents showed Tekashi and his legal team insist he has more financial obligations than his income can cater to. “Plaintiffs’ statement that Defendant made “millions upon millions of dollars in net income” is completely misleading”.

His attorneys provided a spreadsheet showing Tekashi owes his record label and has no viable source of income.  The rapper made significant income in 2018-2020, mostly from advances he received under his recording artist agreement. The last of that was paid in late 2020 when he was paid $3 million. However, Tekashi’s agreement with his record label and merchandising licensee demand that he recoup or pay back those advances before he can be paid any royalty from the sale of his records.  As of December 2021, Tekashi has failed to earn enough to fully pay back the advances he received.

How Broke Is Broke

Kobay shed more light on the state of Tekashi69’s finances.

“In 2021, since Defendant was not touring or releasing new music while he was incarcerated, and for the next 1-1/2 years after his release, his income declined to the point where, for 2022 (January – March), total income from all sources was only $27,816. Defendant’s net monthly income is currently $2,318. I am unaware of any other assets of Defendant besides his royalty stream or advances from entertainment companies. I am not aware of any ownership of any securities, copyrights, realty, or other assets owned by Defendant or any of his entertainment companies. Defendant’s current liabilities, including past-due taxes, are greater than his assets. Therefore, his net worth is technically less than zero.”

Just a few days ago Tekashi returned to Instagram to announce that he is back. Back to troll and back with new music. He said, “I hope everybody enjoyed their 15 minutes, the demon is back April 15th, I’m the beast they couldn’t contain, the most hated animal. The king of New York is coming back, don’t get caught on replay.”