Tekashi69 has appeared back on the internet to be in a seemingly giving spirit. The New York rapper recently gave out Birkin bags to his ex-girlfriend’s former friends. 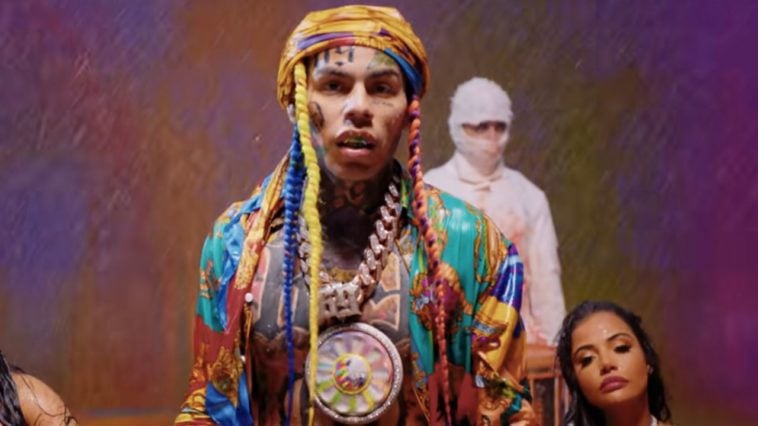 Brooklyn rapper Tekashi69 has resurfaced on the internet for being a giver instead of a troll.

The “GINE” rapper was spotted in a recent TikTok video, where he gifts Birkin bags to several women known as the former friends of his ex-girlfriend and child’s mother, Jade.

The women in the video are sitting at a table at a fancy restaurant having dinner when 69 enters with an entourage handing each woman her Birkin bag that came in an orange box.

In the past, the “FEFE” rapper claimed he was broke and has also been sued for not making a payment to Fashion Nova in 2018.

Drake and 21 Savage celebrated the release of their album Her Loss by throwing a party in Miami.

The nightclub they were celebrating at was called Booby Trap on the River, and while they were there, Drake took a picture with strippers after gifting them Chanel bags.