The 65th Annual Grammy nominations have just been released, and some polished artists, such as Beyoncè, made history this year. New artists like GloRilla are fresh in the game and have snagged their seats at the table. 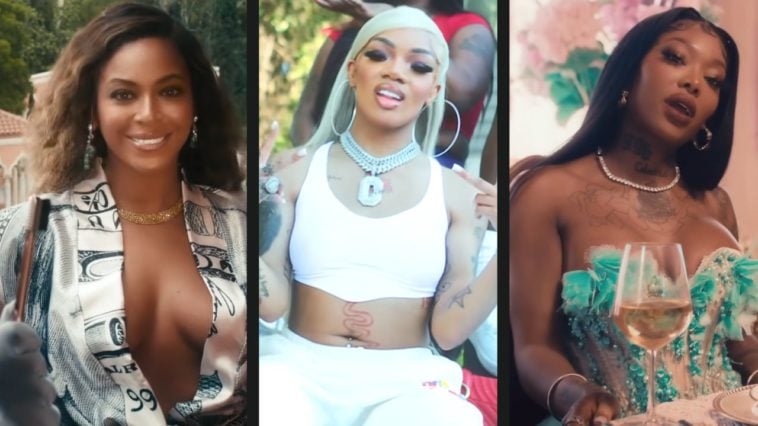 Nearly every rap and R&B artist who released new music this year has scored a Grammy nomination.

Queen Bey set a new record as the most nominated female artist this year. The Renaissance artist has 83 nominations and is tied with her husband, Jay Z.  Additionally, she leads the Grammy nominations with nine nods, next to Kendrick Lamar, who has eight nominations.

Life Is Great For GloRilla

It appears “life is still great” for recently signed CMG rapper, GloRilla. She scored two Grammy nominations this year in the “Best New Artist” category and “Best Rap Performance.” Vevo recently put the Memphis artist on their list of artists to watch for 2023, and it appears they may be right.  Glo instantly posted to Instagram that she was “speechless.”

Meanwhile, some artists were snubbed of nominations, like Nicki Minaj and Summer Walker, who went to Instagram to share her frustration, saying ‘the math is not mathing.” Summer released her album Still Over It last year, and though it did well on the charts, it got little to no recognition.

The list of nominations for Rap and R&B artists are:

For a solo or collaborative performance containing both elements of R&B melodies and Rap.

“WAIT FOR U” – Future featuring Drake and Tems

I Never Liked You– Future

“Hurt Me So Good” – Jazmine Sullivan

“PLASTIC OFF THE SOFA” – Beyoncé

Did Hip-Hop Take An L By Not Boycotting The Grammys This Year?

On Grammys night, hip-hop had its winners and losers. The culture shined with performances, awards, and appearances by meaningful artists, including Tyler The Creator, Nas, Lil Nas X, and Jack Harlow.

But the elephant in the room was who was not there – Kanye West, Drake, Nicki Minaj, and the like who sat out the event in silent protest for what J. Prince described as the Grammys history of disrespect for the culture. Migos + DJ Khaled Catch Up In The Studio