Brooklyn rapper Rowdy Rebel is officially back. The GS9 crew member and Bobby Shmurda affiliate was recently released from prison after a lengthy bid and he’s dropping new music.

Rowdy Rebel has collaborated with iconic DJ Funkmaster Flex on “Re Route,” his first song to be released after spending six years locked up. The track is expected to be on Flex’s next album; no word yet on when Rowdy is going to drop his own album. 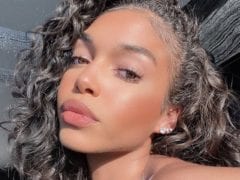 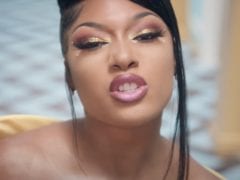 Rowdy is enjoying having friends in high places. After his release from prison, he received an iced-out gift from his slime. Rowdy took to his Instagram to show off what Young Thug gave him.

RR knows his worth. Since being released, he’s already crowned himself the King of the Big Apple. Rowdy Rebel took to the streets to crown himself the king of New York. He stoop atop a car and let it be known that he runs the city.

A Boogie Wit Da Hoodie Confirms Album Release DateOn Monday, February 10th A boogie with the hoodie took to social media announcing his album, Artist 2.0. Would be release date is on Valentine’s day February 14th. This album will be his third studio album. The post included a cameo of different shows the rapper performed recently. The video also flipped back and forth with images of a car driving through tunnels and bridges through New York City. Fans expected the release date since he shared the animated cover art done by Comic Spectrum for the upcoming LP with captioning the word, “Art.ARTIST 2.02.14VALENTINES DAY🖤🖤🖤🖤🖤 pic.twitter.com/lwoGDgwlq7— ABOOGIEWITDAHOODIE (@ArtistHBTL) February 11, 2020Related

REASON Explains Why He Name-Dropped Mac Miller On ‘Fall’