Footage of DaBaby in interrogation with Miami Beach detectives has surfaced. The 12-hour video follows after a shooting outside of a restaurant where it takes an unexpected turn when the rap star is treated with snacks and served a custom Miranda waiver. 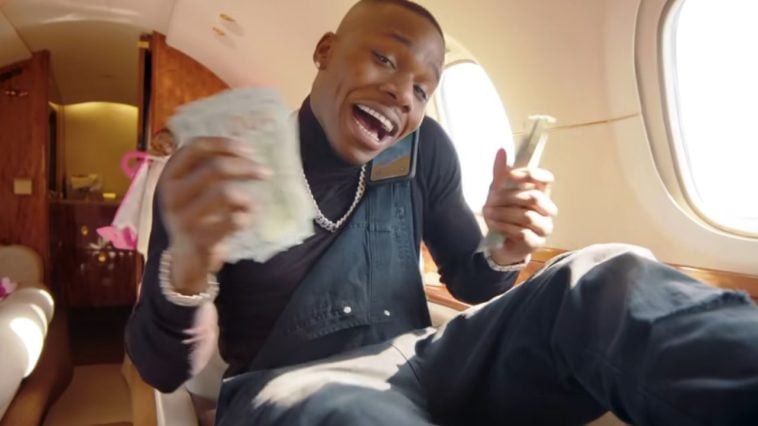 In May of 2021, Jonathan “DaBaby” Kirk and his entourage were involved in a shooting that sent two people to the hospital.

One of his artists, Wisdom Akornuche Awute, was charged with attempted first-degree murder and aggravated assault with a firearm for the incident.

In the interrogation video released yesterday, Miami Beach Police read him his Miranda rights, but he refused to sign the document due to wording that he feared would paint him as a suspect.

The Charlotte-born rapper is also seen sleeping in his chair and even served snacks.

An hour later, the detectives presented DaBaby with a modified waiver, and it didn’t take long for him to give them the rundown.

DaBaby makes it clear that he only shot back to defend himself after men tried to steal their car and shoot at him outside the restaurant.

Charlotte rapper Jonathan Lyndale Kirk, known as DaBaby, held the live concert “DaBaby and Friends” and a free carnival on June 18 at the QC Sound Stage in Charlotte, NC.

Three days before the “DaBaby and Friends” concert and the carnival, DaBaby was interviewed by WCNC, the local news platform in Charlotte.

During the interview, the artist expressed his purpose for holding the free carnival, “We just wanted to do something to get them kids’ energy out before the concert later that night.”