Black Twitter reacts to the predominantly white audience shouting the N-word during Roddy Ricch’s performance at the Wireless Music Festival. 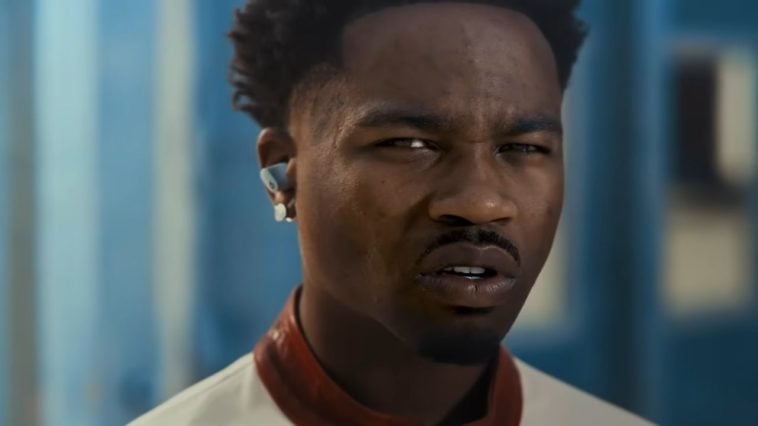 Roddy Ricch, one of many other hip-hop artists at the Wireless Music Festival, took to the stage this weekend in London.

In a video shared on social media, Roddy can be seen performing his hit track “The Box” where he can be heard telling the crowd to “sing that shit!”

The camera then pans to the audience of predominantly white fans singing along word for word.

While many enjoyed the performance and saw nothing wrong with the video, Roddy’s black fans took to Twitter to express their disagreement with the crowd repeating the N-Word.

One fan wrote: “My reflexes would have had me swinging off on someone for my ancestors.”

Though the performance took place in the UK, where cultures may differ from the US, the same rules still apply.

Ricch made a triumphant return to the stage following his arrest this weekend in NYC for firearm possession.

The California rapper was released just in time for his performance at Hot 97’s Summer Jam concert and had a special message for the NYPD during his performance.

After being taken into custody this weekend for gun possession just hours before he was to take the stage at The Governors Ball music festival.

The popular LA artist was on his way to Citifield for his anticipated performance in front of over 100,000 fans when venue security stopped his vehicle.

Michael Figueroa, one of the two men arrested with Roddy Ricch, was arraigned in Queens Criminal Court this Sunday.

Figueroa allegedly pulled a gun from his waistband and hid it beneath the vehicle’s floor mat, where private venue security would later locate it and notify authorities.

Roddy and the second man arrested, Carlos Collins’ cases, were never docketed in the court systems, resulting in all charges against the two being dismissed.

Meanwhile, fans waited in suspense to see if he would make it to his set at Sunday’s legendary Hot 97 Summer Jam concert.

When the Compton rapper triumphantly bopped onto the stage at 8:48 pm EST, the stadium of 40,000 fans roared.

Before giving a dope, long-awaited performance, “The Box” rapper made sure to shout out the New York Police Department, saying “Fuck NYPD.”