Migos rap star Quavo is feeling petty. A new song snippet reveals the Atlanta native has taken back a very expensive gift given to ex-girlfriend Saweetie. In a new clip, Huncho can be heard rapping about repoing the Bentley he gave her for Christmas in 2020. Previously his team shut down rumors that the car was repossessed, but it now seems like they’re true, per the audio.

The West Coast rapper is looking new and improved. The hip-hop star has come forward to reveal her revamped look following a publicized split from her ex-boo. Saw went to her Instagram page to unload a slideshow of new pics. The shots feature her rocking blonde hair and a caption hints at Huncho’s former boo having a different number.

Recently, both Quavo and Saweetie came forward to speak out following a leaked 2020 elevator clip of themselves getting physical.

LAPD Gets Involved in Drama

The Los Angeles Police Department is reportedly focused on the biggest headline of the couple’s history. New reports claim the LAPD has ignited an investigation into the publicized Saweetie and Quavo elevator altercation. 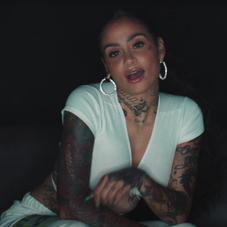