Maryland rapper Logic is taking time to reflect on his biggest song. The hip-hop star dished out on backlash he got from taking the stage with hit track “1-800-273-8255”. 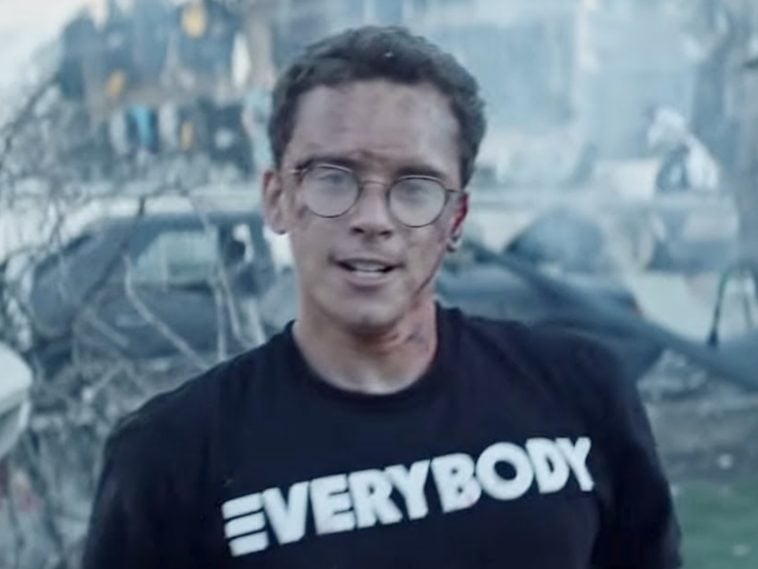 In new book and memoir “The Bright Future,” Logic says he dealt with a “tsunami of hate” that he “couldn’t turn off” after a performance the song at the VMAs in 2017. He wrote about how originally the live performance helped a lot of people but ended up low-key backfiring on him.

“The blowback and abuse I’d experienced in the wake of the VMAs was like nothing I’d ever experienced. It was a tsunami of hate, and I couldn’t turn it off.”

“Calls to the National Suicide Prevention Lifeline spiked by something like 50 percent. I wanted to bring these issues of mental health and suicide to the forefront of people’s minds and make them stop and look and pay attention, and I did. The same fans who had heard ‘1-800’ and been like, ‘This is amazing. This is so special. This is needed,’ now were the ones going, ‘This sucks’ and ‘He’s too mainstream.’ The most popular thing I’d ever done, the song that was going seven times platinum, suddenly became ‘the worst song Logic ever made.”

The backlash the East Coast rapper got didn’t impact him too much, because his recent although unrelated retirement is officially history. Logic quoted wanting to focus on fatherhood, but he went online to announce a major comeback in the form of a new mixtape in late July 2021.

Logic had been releasing a new single every Friday, but he’s finally taking it to a new level. He announced to Instagram followers that his Bobby Tarantino III mixtape would be dropping. The first two installments of the mixtape were both certified Gold and helped establish his status as an fire artist.

Logic is really back for the first time. The hip-hop star came through fresh in June 2021 from un-retiring from music-making with his YS Collection Vol. 1 album following years of battling label and publishing complications.

Young Sinatra officially hit the ‘go’ button on dropping the must-hear collection of anthems. While some songs might sound new-new to modern day Logic fans, diehards will notice a majority of the tunes come from past mixtape projects he couldn’t officially release to the masses.

“It’s taken us years but we finally cleared songs from over ten years ago for the fans to enjoy! Many of you for the first time. The YS Collection is compiled of songs from the Young Sinatra mixtape series. You’ve asked me for years and I’m happy to say it’s finally here! Available everywhere Friday #RattPack”

Earlier in the month, the hip-hop heavyweight kept his word on releasing new music in time for T.G.I.F goals with his must-hear record. Clocking in at well under two minutes, Log’s “Intro” is extra personal reminding the world he dropped out of high school with and never returned to even get his General Education Development certificate.