Eboni Ivorii, the mother of music producer London On Da Track’s daughter, took to Instagram to call out Jamaican artist, Shenseea and tell her to stay away from her child. 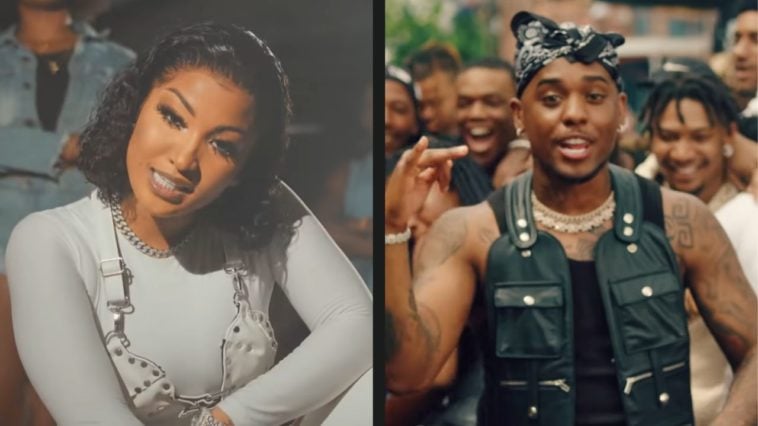 189 Views
Comments Off on Producer London On Da Track’s Baby Mama Calls Out Shenseea: “Stay Away From My Daughter!”

Eboni Ivorii, the mother of hip-hop producer  London On Da Track’s daughter, took to Instagram to air her feelings about dancehall singer, Shenseea.

The popular producer currently has four children, one of them being with R&B singer Summer Walker.

“I’m saying loud and clear and I mean it from the bottom of my soul @shenseea you and your little nasty son stay away from my daughter.”

According to Ivorii, the “Loodi” singer was attempting to get her daughter to call her mom.

She continues by saying the “Lick” singer needs to enroll her son in “therapy” as soon as possible and that he needs to stay away from her daughter. Per Ivorii, she has reached out to the Alpha artist through her DM’s and those who may be close to her as well.

Early this year, both London On Da Track and Shenseea have been getting close which leads fans to believe the two have been seeing each other romantically.

In celebration of her debut studio album, Alpha, she threw a listening party in Jamaica and London was there with a surprise. London pulled out a diamond-encrusted chain with a matching “S” pendant for her.

Many people notice a pattern with the hip-hop producer, dating new artists in the industry, and believe the “Shenyeng Anthem” singer should run while she still can.

Summer Walker On Bad Terms With London on da Track

Similarly, Summer Walker was on the outs with producer London On Da Track when he called her with threats in regards to the company she keeps around their child.