Late Los Angeles rapper Nipsey Hussle will finally have a documentary on his life years after his death. The story will also be produced by LeBron James and his production company, Spring Hill. 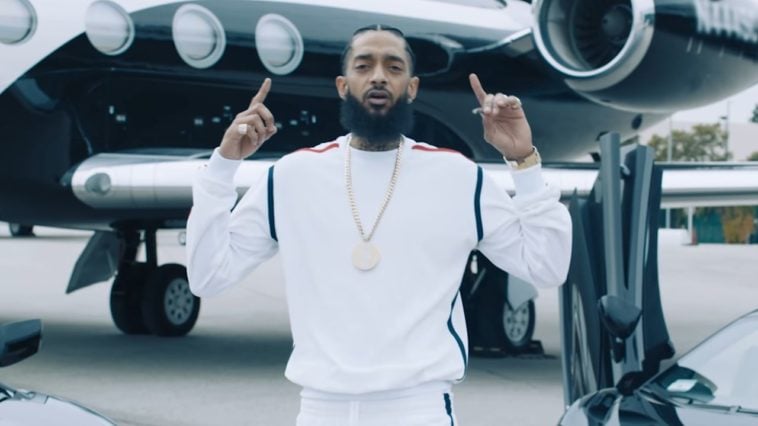 The marathon indeed continues as it has recently been announced that a documentary about the late rapper Nipsey Hussle’s life is underway.

The Story Of Neighborhood Nip

The story will highlight Hussle’s early childhood upbringing, growing up with his family in his grandmother’s home, helping out his community in the Los Angeles area, and much more.

NBA Basketball player LeBron James and his business partner Maverick Carter are producing the project under their brand Spring Hill.

Fans on Twitter have already reacted to the news and are looking forward to its release.

One user said he would have mixed emotions watching the film:

“That Nipsey Documentary gonna make me cry and be inspired.”

In July, Nipsey’s killer Eric Holder was sentenced to life for killing the rapper in 2019. That following month, the “Rap Niggas” artist was honored by the Hollywood Walk of Fame on what would’ve been his 37th birthday.

The deceased rapper won’t be the only music personality to get their lives documented.

By the end of this year, Keyshia Cole and Snoop Dogg will share their stories in upcoming biopics. Fans will get a closer look at their journey throughout their careers and personal lives.