Record producer Pharrell got the opportunity to throw the first pitch in New York at the Yankees Stadium before they faced off against the Mets. 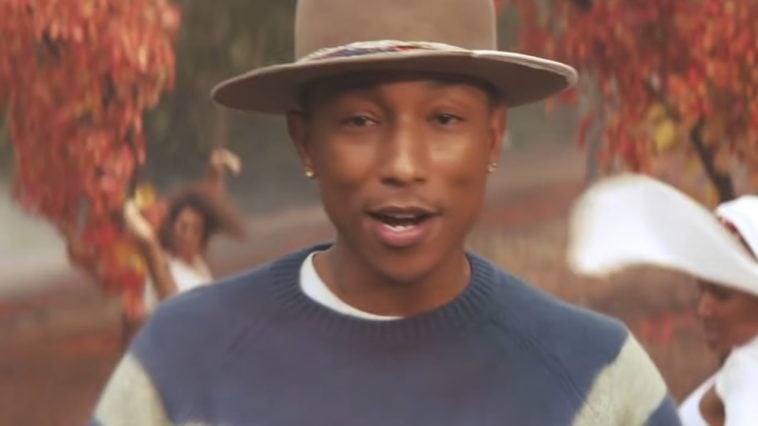 Virginia native Pharrell got the opportunity to throw the first pitch in New York, at the Yankees-Mets Subway Series.

A surfaced video on Instagram reveals the record producer repping for the team with their logo on the back of his navy blue Billionaire Boys Club shirt.

It seems like the “Happy” singer enjoyed his time hanging with players and getting cheers from the fans in the stadium.

Additionally, the artist appears to be having a great summer from start to finish.

This past June, Pharrell hosted his follow-up to his first festival debut of Something in the Water in Washington, DC.

Many well-known artists such as Lil Baby, Moneybagg Yo, Teyana Taylor, Chloe x Halle, and more took over the stage with dope performances.

With her extra-long claws and heels, the icy girl took to Instagram to show off her pitching skills in style. Cardi B Claps Back After Comments Claiming Kulture Has Autism