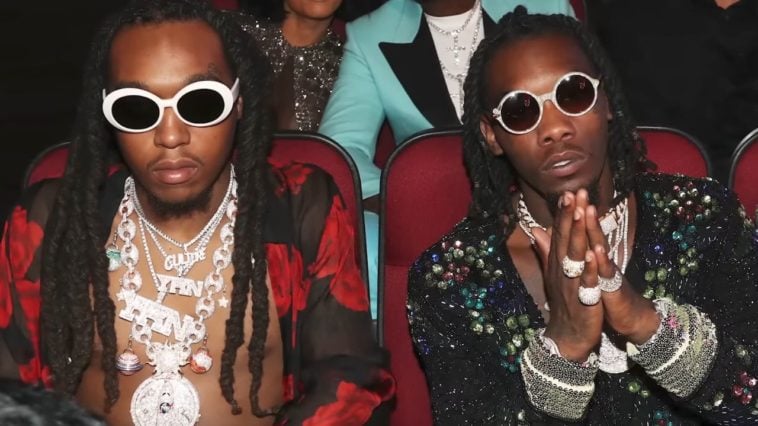 Ex-Migos member Offset appears to be mourning in silence after the death of his cousin Takeoff. The “Ric Flair” rapper has chosen to change his profile picture in honor of his late cousin.

The Father of 4 artist hasn’t released any public statement since the death of his cousin yesterday.

However, Offset was spotted looking distressed in NYC shortly after the news broke by a fan on TikTok.

While there is no distinct way to grieve, rappers like Fivio Foreign have received major backlash for inappropriate messaging during this time.

In the case of Offset, silence appears to be the best response. Takeoff, who was just 28 years old, was fatally shot at a bowling alley after a gambling game went awry.

Hip-Hop Mourns The Loss Of Takeoff

The hip-hop community is in mourning after the tragic death of Migos rapper Takeoff which happens on November 1st in Houston, Texas.

Celebs like Marlon Wayans, Bow Wow, Boosie, most recently Beyoncè and more send their condolences to Takeoff’s loved ones who are grieving his loss.