Chloe Bailey kicked off Game 3 of the World Series with a special performance full of fireworks. The “Treat Me” artist impressed fans as she belted out the “Star Spangled Banner” the night of the game. 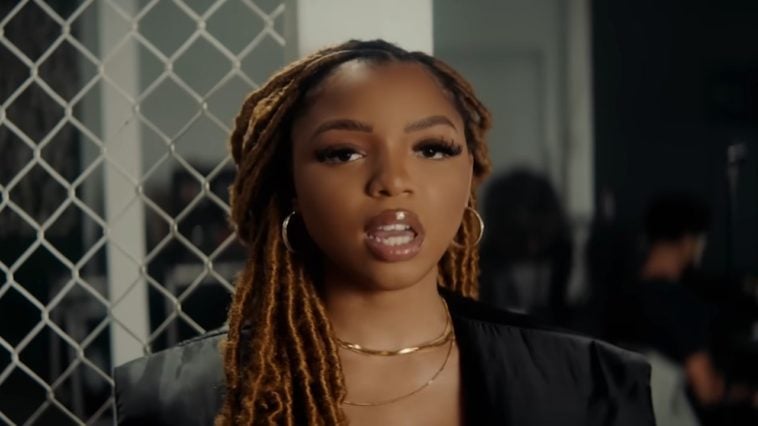 Fans at Game 3 of the World Series gave a cheerful applause after witnessing Chloe Bailey sing the national anthem before the game in Philly.

“It was [an] honor to sing the national anthem at the world series tonight in philly,” Chloe tweeted.

Chlöe wore an all-white fitted dress for the occasion, and she had the angelic vocals to back it up. During the performance, as Chlöe hit the high note, “and the rockets red glare, the bombs bursting in air– gave proof through the night that our flag was still there,” the stadium was lit up with fireworks as the crowd cheered her on.

The performance Tuesday night was also a bit emotional for Chlöe, who tweeted about Takeoff’s sudden passing before the performance. The tweet read, “my heart is broken.”

Before the World Series performance, Chloe also released a new single, “For The Night,” featuring Latto. The single and hit tracks like “Surprise” and “Have Mercy,” will also be on her upcoming debut album.

Chloe Bailey struts in her new campaign for Pepsi, which borrows from the 1984 American classic, Footloose, created by screenwriter Dean Pitchford. Rick Ross Reveals How He Feels About Notorious B.I.G. Comparisons: “I Won’t Play Myself”