As Lil Pump trends for a sexually explicit video, fans may wonder what other one-hit wonders are up to now. Here are the top five rappers who had hit records and slowly slipped away from the music scene. 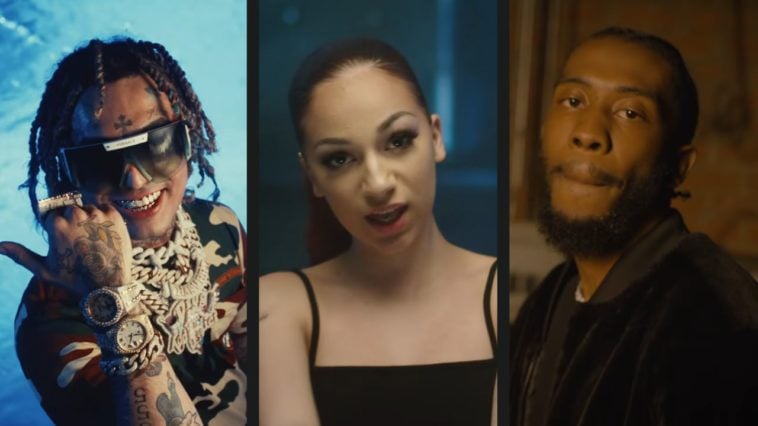 199 Views
Comments Off on Lil Pump’s Explicit Comeback + Where Are Some One-Hit Wonders Now?

The Florida rapper is currently trending on Twitter, and not for his music. He is best known for his popular hit “Gucci Gang” in 2017 and for teaming up with rappers like Tory Lanez and Kanye West.

However, it looks like LP has crossed over to OnlyFans to pursue a career in adult entertainment. Fans are not surprised at Lil Pumps’ new ventures as North Carolina rapper J.Cole predicted that he would be a one-hit wonder back in the 2018 song, “1985.”

Miss “Catch Me Outside” took a well-needed break from music to also focus on her OnlyFans hustle. In 2018, she released her hit single “Hi Bitch” which went viral, allowing her to make a name for herself. Since then, the Florida rapper has given over $1.7 million in scholarships to help college students start small businesses.

Recently, Bhad Bhabie was invited to speak to students at Oxford University, and fans are confused about how the invite came about.

Although the LA rapper is still making music, Blueface is now well-known as “Chrisean Rock’s boyfriend.”

Making his debut with the popular single “Thotiana,” Blue can’t seem to stay out of the news without going viral for his toxic relationship and airing out his family business. The couple was recently spotted at a fashion show, walking down the runway together.

Desiigner made his way to the music scene in 2016 with his debut single, “Panda.” The Brooklyn rapper created his sound in music and was often compared to Atlanta rapper Future.

Trinidadian Rapper Trinidad James had everyone wanting to wear all gold chains after the release of his 2013 debut single “All Gold Everything.”

With over 45 million views on YouTube, TJ made a mighty return in 2020 with the release of his single “Jame$ WOO WOO.”

In addition, the stylish rapper created the #BlackOwnedFoodChallenge and was recently spotted at New York Fashion Week serving looks.

Justin Timberlake recently made a comeback with a collaboration on a track from Romeo Santos’ new album, with an anticipated music video.

The video starts with Romeo Santos and Justin Timberlake’s names written in a bold red color.

In addition, the title of the song is revealed as “Sin Fin.”