New York rapper Nicki Minaj has become the plug for what’s happening between billionaire Rihanna and her rap star boyfriend A$AP Rocky. Onika has come through with some stunning shots of herself and the inseparable boo’d up couple. 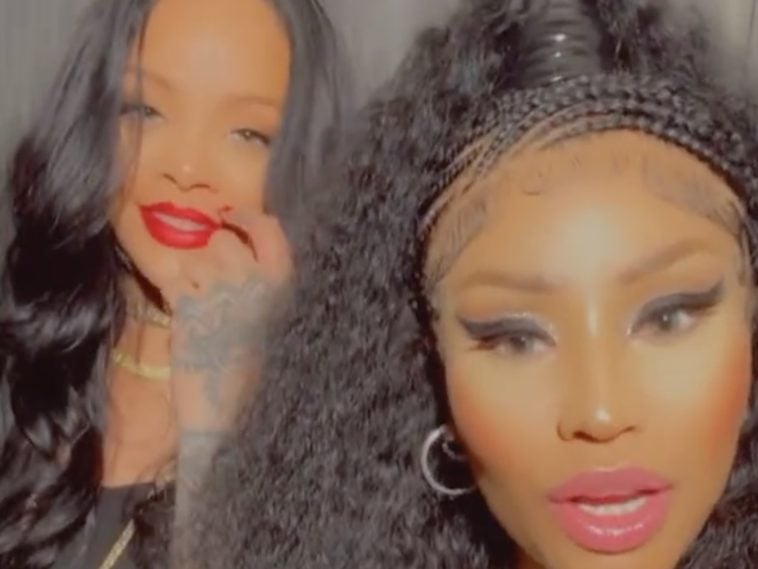 Minaj went to her Instagram page with some must-see shots. One post includes the duo sitting alongside her baby boy and husband Kenneth Petty.

Nicki also shared some footage of herself chilling alongside RiRi.

A few weeks ago, Minaj geeked out over RiRi becoming a certified billionaire. Nicki gave major love to Rihanna for reaching billionaire status. The Barbie went onto her Instagram Story with nothing but praise and left a heartfelt message for RiRi.

Rocky and his overnight ride or die most recently took over the Big Apple streets in brightly colored outfits while shooting a new music video presumably for the A$AP Mob boss’ upcoming album.