Nicki Minaj is literally “a snack,”  for real. The Queen of the Barbz just dropped her Rap Snacks potato chip collaboration. Meanwhile, her fans commence “Nicki Day” as she leads up to her performance at the Essence Festival this weekend. 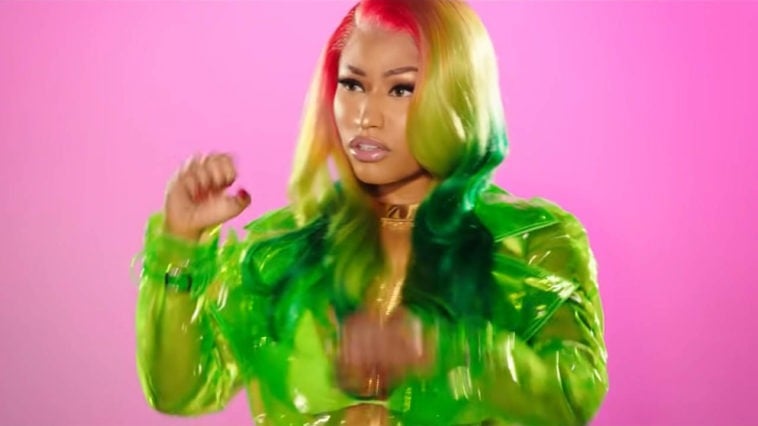 Nicki Minaj is coming in hot as she prepares for what will be a busy summer.

Furthermore, her latest power move is a new chip flavor dropping with a consumer product brand, Rap Snacks, just in time for her touchdown at the Essence Music Festival this weekend.The CEO of Rap Snacks, James Lindsay, spoke on her new Barbie-Que Honey Truffle flavor chips:

“Nicki Minaj is unquestionably one of the most disruptive force in the history of rap. You’re talking about a woman who rewrote the rules of hip-hop culture and happens to be a phenomenal entrepreneur as well.”

“It just makes sense that as a brand disrupting the snack industry, we align to push the bar even further. This is the beginning of legendary partnership.”

The company has also invested in rappers such as Rick Ross, Lil Baby, and the Migos.

The “Do We Have A Problem” rapper is scheduled to headline Essence Fest today for what promises to be a mind-blowing treat for fans who are honoring her with “Nicki Day and “Pinky Friday” trending on Twitter.

Meg Thee Stallion And Moneybagg Yo

Earlier this year, Megan Thee Stallion announced her own snack deal.   In addition to her recent Netflix deal and her franchise collaboration with Popeyes, the rapper-entrepreneur and Congressional honoree just dropped a new commercial for her Hot Cheetos brand snack with Frito Lays.

Meg took to Instagram to share the good news with fans and posted the spicy snack commercial which was featured in the  2022 Super Bowl. The endorsement deal has her pitching for Cheetos Flamin’ Hot Crunchy and Doritos Flamin’ Hot Cool Ranch brand snacks.