Two things have marked today: it is a day to say thank you again to veterans, and it is the day the world bids final goodbye to Takeoff. 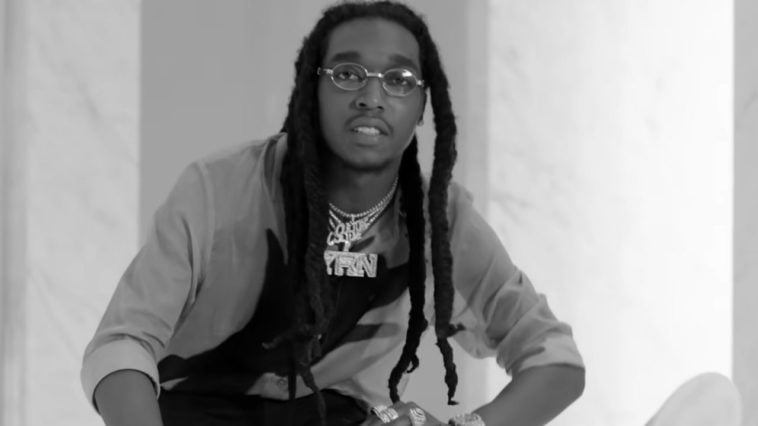 The former Migo will be laid to rest today after his Celebration of Life ceremony at State Farm Arena, home of the Atlanta Hawks.

In memory of him and a life cut short, today’s song collections include epoch-making hits by the deceased that would ensure he remains evergreen in our memories. In the same spirit, Busta Rhymes and Offset elected to push back their album releases as the hip-hop world mourns Takeoff.

Meanwhile, there are also releases by Nas, Bleu, and Wizkid.

“Jealousy” is Takeoff’s first posthumous drop. However, for some reason, it appears to be currently only available here.

The Last Rocket clocked four years nine days ago. The first album by Takeoff boasted multiple crowd favs, including “Last Memory,” “She Gon Wink,” and “Casper.” The 12-track album is Takeoff’s only solo project before joining forces with Quavo and Offset to form the Migos, and the rest, as they say, is history.

Here is also a curated playlist of Takeoff’s best hits as a solo artist and part of a group:

Johnny Cocoa – I Am Who I Am

In a time of grief, death, and gun-related violence, Johnny Cocoa conveys love and peace for everyone.

The EP by the Texas native, I Am Who I Am, includes the exciting single “On God” and the recently released single “Free Bird.”

The project sonically explores themes of free-spirited liberation, breaking free from mental confinements, and a hustle hard mentality to go after what’s yours.

Pain demands to be felt, but Rod Wave has got you with this new song. “Break My Heart” is a raw rendition that anyone going through heartache or pain can easily be relatable.

Hit play and ride the wave..

15 tracks. Same catchy tunes. Same crew. However, you can feel the aging. You can feel the move away from they get-hyped in-the-club sound that characterised “I Gotta Feeling” to the cool, still hyped but for a gentle head bop.

Jam to this album, and hit us with your comments.

For Takeoff’s friends and families, we know it would be a long day without him. Take consolation in the knowledge that you will get to tell him about it when you meet him again. Stay safe, SOHH family.