Hip-hop music video vixen Pasha Bleasdell passed away. Many would recognize Bleasdell, the stand-out dancer and model from the Nelly “Hot In Herre” video. She died from a brain tumor. 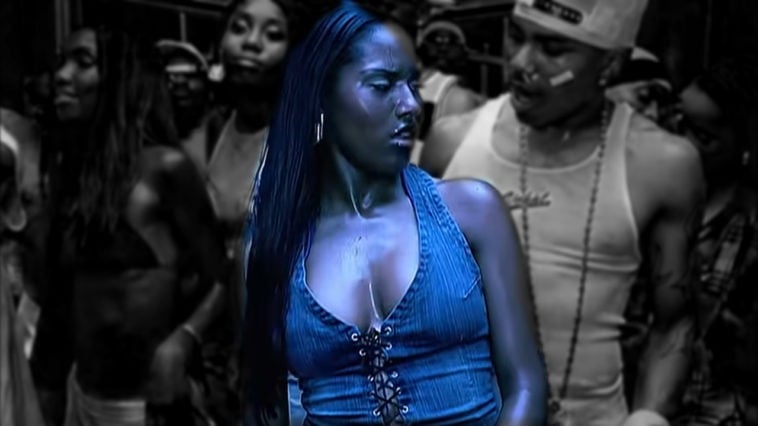 A Legendary Vixen From Nelly To Donnell Jones

Fans of 90’s hip-hop are feeling the loss today of a popular music video vixen, Pasha Bleasdell.  The model passed away from a brain tumor at 38.

Director X, who selected her as the leading beauty attraction for scores of music videos, including the 2002 classic Nelly “Hot In Herre,” broke the tragic news last night on social media. X posted a lovely clip of the beauty describing how much she meant to hip-hop culture and loved ones. His caption read:

“We lost a friend yesterday. Pasha Bleasdell passed away from a brain tumor June 4th 2022 11:59pm. If you made videos in 2000’s or were around to watch them you know Pasha. We met her doing background work on the set of Donnell Jones “Where I Want To Be” from there we put her in the mix. It was a wild ride from then on. I’ve put her in a million videos and spent just as much time hanging out. She was always genuine and cool. Never brought drama to set of life. You never know when the last time you speak to some one will be the last time you speak. I hold on to my memories of you with love. Rest in Power Pasha January 24th 1984 – June 4th 2022 ⛅️🕊”

Fans And Loved Ones Reminisce

Pasha Bleasdell was an inspiration in so many ways to so many people. The gorgeous model was born in Canada and referred to as “a video vixen,” a title for women who starred in hip-hop music videos mainly in the early 2000s.

She was known for appearing in “Pimp” by 50 Cent, “Gimme The Light” by Sean Paul, and many other music videos.

Many sent their condolences, support, and kind words to the fallen angel on social media.

On Twitter, one user identified as @SkinnyMynnie highlighted Pasha’s influence on hip-hop fashion tweeting, “Pasha Bleasdell is a LEGEND

The jean vest with no shirt/bra.. the Kangol with the wash and set.. my God we stole all her styles from the music videos.. She was IT

Director X led the charge in announcing the passing of his long-time hip-hop music video collaborator Pasha Bleasdell. Director X became famous as one of hip-hop’s well-known music video directors. He eventually moved on to the silver screen and directed 2018’s “Superfly,” a remake of the classic 1972 film. The movie was not well received by Hip Hop figure 50 cent and true to his form, 50 let the world know how he felt about the film.

50 Cent shared his disappointment in the 2018 remake of superfly. He went to Instagram and singled out filmmaker Director X for not living up to the original 1972 movie’s standard.