Instagram Vixen Ari Fletcher posted some late-night tweets that had fans wondering if there might be trouble in paradise for her and MoneyBagg Yo. 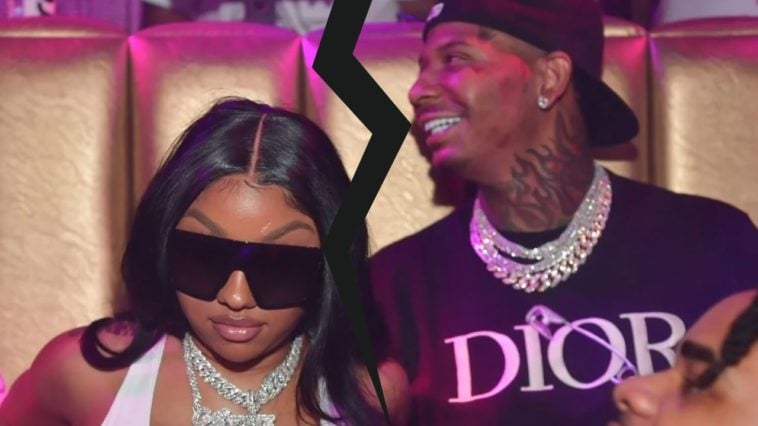 205 Views
Comments Off on MoneyBagg Yo + Ari Fletcher Call It Quits; Fans React To The News

“Happy, paid and single! Ready for everything new!”

“Ari you need to do better baby ! You can’t keep going to nigga after niggaaaaa ! Do some different pooh you need to learn you don’t need no man ! You getting ran through by the minute and it’s not even cute ! It’s like you can’t keep a man”

Since the recent tweet, the vixen and Moneybagg have unfollowed each other from all social media platforms leading fans to suspect it’s true.

On the other hand, some fans believe it could be a publicity stunt to promote Ari’s upcoming makeup line, seeing as she reposted a picture of both of them shortly after.

“She about to drop that cheap azz makeup line so she gotta get the blogs attention some way.”

Whether the rumors are true or it’s all a stunt, it definitely has fans in a frenzy.

Last month the social media influencer Ari Fletcher sent fans into a frenzy after hinting at domestic violence in a tweet.

When fans assumed she was talking about her rapper boyfriend Moneybagg Yo, she attempted to clear the air.