Lizzo recently made history when she got her first taste of playing a 200-year-old flute on stage. 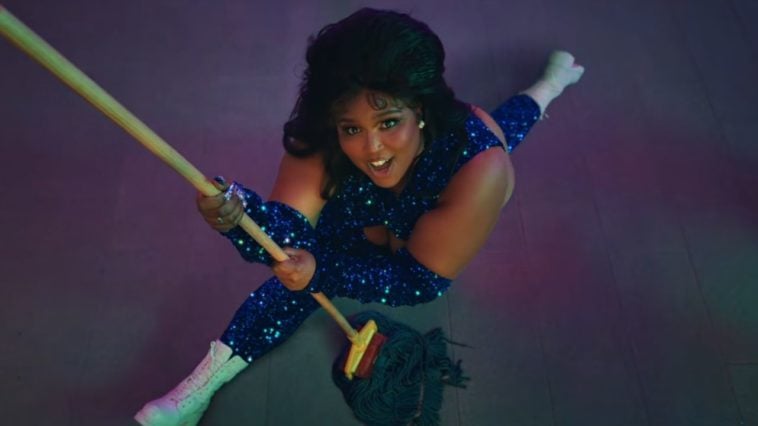 Lizzo played a 200-year-old flute while she was in Washington DC last night.

The historical instrument has been around since 1813, when it was commissioned for the second inauguration of the fourth US president, James Madison, the owner of 36 slaves at the time of his passing.

Before performing with it at the show, Lizzo visited the Library of Congress, where she got her first shot at playing the instrument and thought it would be wonderful to show it off in front of fans on stage.

Fans may wonder how the “About Damn Time” artist is the first to play it, considering artists such as Alicia Keys and Prince have performed on the stage with instruments.

The news triggered a bit of controversy as some white people were agitated at the fact that she is the first artist to get to play the instrument.

Many even stated that this is just another thing for White people to be outraged at in addition to Halle Bailey being cast as the little mermaid.

This accomplishment continues a hot streak Lizzo has been on lately.

In July, Lizzo had the pleasure of getting on the cover of Elle Magazine.

Earlier this month, she won an award at the VMAs, where she took time to clap back at her haters.

The Minnesota resident also won her very first Emmy for her show on Amazon Prime, “Watch Out For Big Grrls.”

Earlier this summer, Lizzo made another milestone by coming with another No.1 hit on the Billboard charts with “About Damn Time.”