Lil Kim’s Beehive and Megan Thee Stallion’s Hotties are in a frenzy after it was revealed today they would be collaborating. 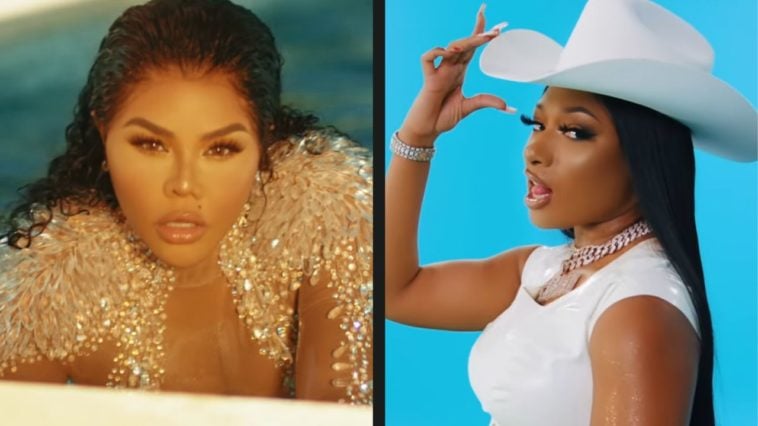 Lil Kim and Meg announced today on social media that they will be dropping a single tomorrow.

In August, the iconic “Crush On U” rapper posted a teaser image on her social media accounts and fans have been speculating on who the female artist could be.

Funk Flex announced today on Instagram that the song will premiere Thursday at 7 pm on Hot 97.

This marks the Queen Bee’s first single since 2019.

Lil Kim has been making appearances at various Hip-Hop events,  where she was recently seen performing at LL Cool J’s Rock The Bells in August.

Megan Thee Stallion has channeled her inner Kim in the past.

When she released the snippet to her hit song “Plan B.”  Some folks compared the new flow and bars to Lil Kimin in her prime.