Chicago rapper Lil Durk refuses to end up like fellow stars Meek Mill or Tekashi 6ix9ine clashing in public and putting their run-in on the Internet. LD went online to reveal the one thing he didn’t want to have end up happening to him.

Durk took to his Twitter to let it be known he was trying to avoid jail at all costs. LD dropped a message that he wouldn’t be caught doing anything tough online just to look hard and reaffirmed the reason for that is because he’s already about that life.

“The goal is not to go to jail so y’all will never see me do tuff sh*t on here to look street ….. I am the streets” 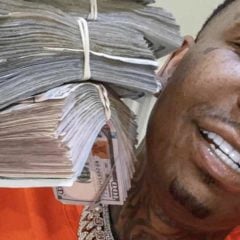 The Windy City rapper and Grammy-winning producer Kanye West were spotted together in a photo that recently made the social media rounds, sparking speculation that a collaboration is coming. Kanye West has been a bit preoccupied lately with politics and family issues, but he’s still the first name that comes to mind for a lot of people when talking about Chicago hip-hop. Meanwhile, Lil Durk is the hottest name in the Chi-town rap game, with his latest album The Voice currently contending for a top spot on the Billboard charts. 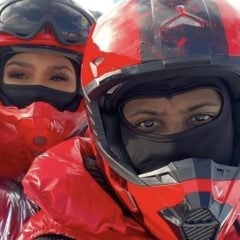 NEWSFabolous + Emily B Go On Epic Snowmobile Adventure: “How They Gon Stop Both Us!”

Durkio went all out for Yeezy fans around the world. The hip-hop star recently delivered a must-see new “Kanye Krazy” music video where he reenacts some of Kanye’s most unforgettable career moments.