Lil Baby has made his way to the big screen. The Atlanta rapper gives fans a glimpse into his everyday life with a new documentary. 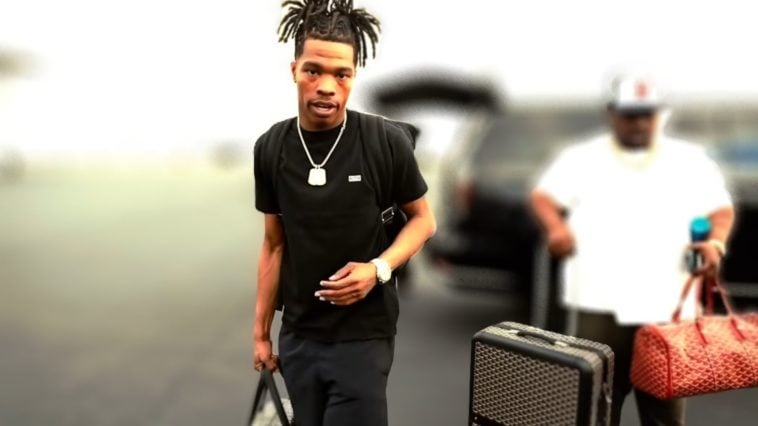 Lil Baby took to Instagram to surprise fans by announcing a new documentary set to premiere on June 11 at the Tribeca film festival.

“June 11 I’m Premiering My Documentary @tribeca Film Festival At The Beacon Theater In NYC !! Get A Ticket And Come Sit With Me”

The film “Untrapped: The Story of Lil Baby” will premiere at 8 pm at the Beacon Theater located on the upper Westside of Manhattan, in New York City. The world premiere documentary will follow the creative career of the “Do We Have A Problem” rapper with never before seen footage and his rise as an influencer in Hip Hop culture. Tracing back to his rookie years, then evolving into an American icon, the Atlanta rapper’s film will explore the new American dream and the emotional aspect of systemic issues troubling our country. A performance by Lil Baby will follow the screening.

Lil Baby will be heating up the summer. Recently he and R&B singer Chris Brown announced their upcoming single “Got One”.

The rapper and R&B artists took to their Instagram stories to drop a song snippet as they gear up for a nationwide tour.

On May 12, Brown dropped an animation post on IG of him and Lil Baby sitting side by side on thrones using the caption, “One Of Them Ones,” referring to the tour.

Fans flooded the Virginia native’s comment section with excitement and anticipation. Some announced that they’d already booked their tickets for the tour.  This will be the first national run for Brown since the pandemic, and the newly exonerated crooner is hyped. NLE Choppa Claims To Have A Natural, Safe Remedy For A “BBL” And Breast Augmentation