On July 22, Big Latto told fans about her attitude toward the sexual content in her rap. Earlier this month, she snapped back at the haters over the content of her new song. 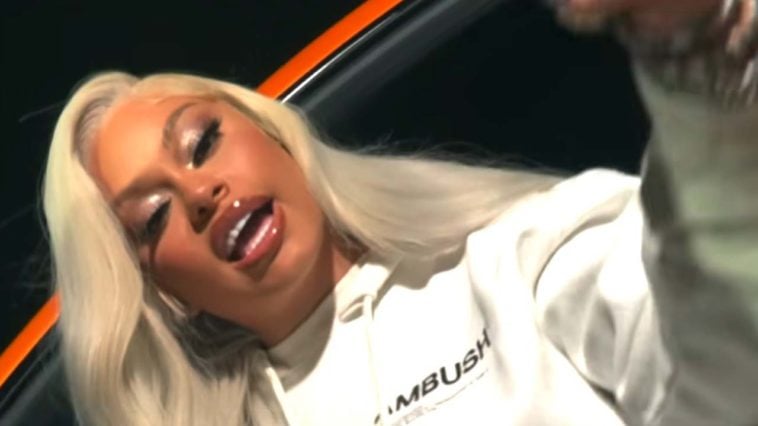 After releasing “P*ssy”, and featuring in Nardo Wick’s “Baby Wyd (remix)”, Big Latto received backlash due to the sexual lyrics.

There were comments that accused her songs of being filled with sexual topics.

“Love your music but is sex all there is. As ladies we deal with more than sex.”

“Girl stop lying you rap about sex bc that’s the only thing you can sell ! U so cap.”

Facing the controversy over her recent new songs, the BET Awards winner Big Latto expressed her attitude toward the sexual content in her rap on Twitter.

“Truth is I love rapping about sex it makes me feel so powerful and liberated and SEXY.”

The artist boldly revealed her love for rapping about sex, which, according to her, makes her feel powerful, liberated, and sexy.

“Daddy, what you doin’?/ Come here, I been missin’ you/I wanna fuckin’ lick on you/

Swallow it, and sip on you/…/Bae, you know I’m cocky, wanna fuck you in the mirror (On God)

If he scared of the pussy, I’ma make him face his fear.”

In her new song “P*ssy,” regarding the overturn of Roe v. Wade, the lyrics read:

“How you ain’t got a pussy, but got opinions on pussy? That’s pussy (Pussy), my ovaries ain’t for you to bully.”

The artist took to social media to retort, saying that she indeed had many songs that were not charged with sex,

“But when I do yall say that’s all I rap about lol even tho I have a million other songs where I don’t.”

Snapped Back At The Haters

After Big Latto posted her preview of “Pussy” on social media, she experienced fan backlash, with many accusing her of trying to commercialize a serious issue. Notorious B.I.G.’s 50th Birthday To Be Celebrated Across NYC