Kendrick Lamar has shared another masterpiece after dropping visuals to his unique track “We Cry Together.” The LA rapper reveals his acting skills in the short film. 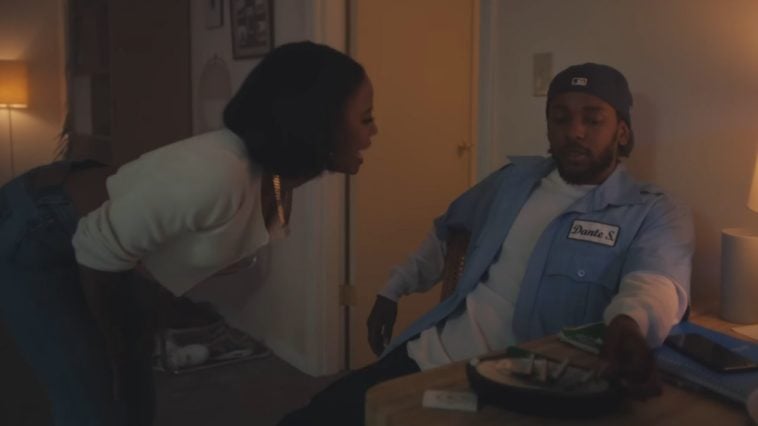 161 Views
Comments Off on Kendrick Lamar Shows Off Acting Skills In New Short Film, “We Cry Together”

K Dot never seems to stop amazing his fans as he continues to produce classic projects.

Of course, there was a twist: the music video was premiered as a short film.

The duo can be seen arguing back and forth throughout their apartment. The audio in the video is incredible and looks like it may have been recorded live, making fans feel like they were on set.

Undoubtedly, Kendrick Lamar showed his true artistry throughout this short film, and many fans anticipate seeing more acting for the Grammy award-winning rapper.

For an artist like Kendrick Lamar, whose influence and impact on rap are profound, the game takes notice.

The game has shown major love on his most recent tour after not hitting arena stages for over four years.