Yung Bleu took to Twitter to announce he’s a free agent. Many fans speculate a possible split between him and his wife, Tamiera. 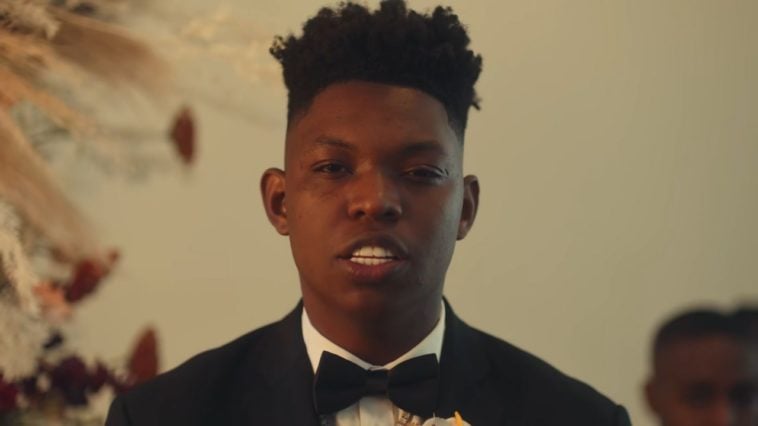 Yung Bleu went on a mini Twitter rant announcing that he is now single. The Mobile, Alabama artist hit fans with a post and deleted tweet saying, “I’m Single.”

Followed by another that read, “Don’t attach me to nobody”

The recent tweets are no surprise to some fans.

Last week Bleu missed a show in Raleigh, NC, explaining he had a lot dealing with custody court.

Hinting that his family may be feuding, he wrote:

“Nobody wins when the family feuds”

“ I won’t be making tonight show in Raleigh I had custody court . Im going thru a lot right now hella stressed ! they held me up for hours I’ll miss the last flight out  . I’m gonna start the tour in Philly . I apologize to any of my fans I honestly tried.”

The “You Mine Still” rapper shares three children with his wife Tiemeria, recently welcoming their newborn baby girl.

The two have been together since 2015; fans are hoping this is just a bump in the road within the young couple’s relationship one fan wrote:

Yung Bleu Reacts To His Car Almost Getting Jacked

Yung Bleu can’t seem to catch a break. Recently, he reacted on Twitter to his car getting jacked a few days ago.

“I’m not no gangster. But yall ‘jack boys’ Come to try to take something while I’m home, don’t wait until I’m on tour.”

A video shows someone trying to steal Bleu’s white Rolls Royce before getting out and running in fear of getting caught. Cam’ron Reveals Why He’ll Block Anyone On Social Media