Justin Timberlake is making a comeback with a collaboration on a track from Romeo Santos’ new album, and an anticipated music video will also be released tonight. 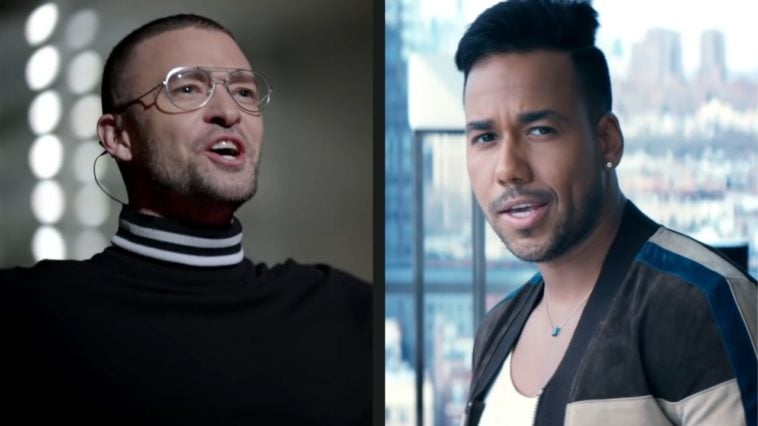 The video starts with Romeo Santos and Justin Timberlake’s names written in a bold red color.

In addition, the title of the song is revealed as “Sin Fin.”

Romeo Santos says “Escucha,” which translates to Listen in English.

From beginning to end, a beautiful woman is featured as they dance and sing to her in a vehicle, crooning:

“you already know this love is all yours, baby, so take it, we’ve been here before it’s strong enough to save us, baby.”

The video ends with Romeo singing,

In translation, this means: “God gave me this heart and its purpose is to beat for you.”

The latest artist to make a comeback in the game was Busta Rhymes.

Funk Flex challenged Busta to make a comeback with new music since his last album was released back in 2020.