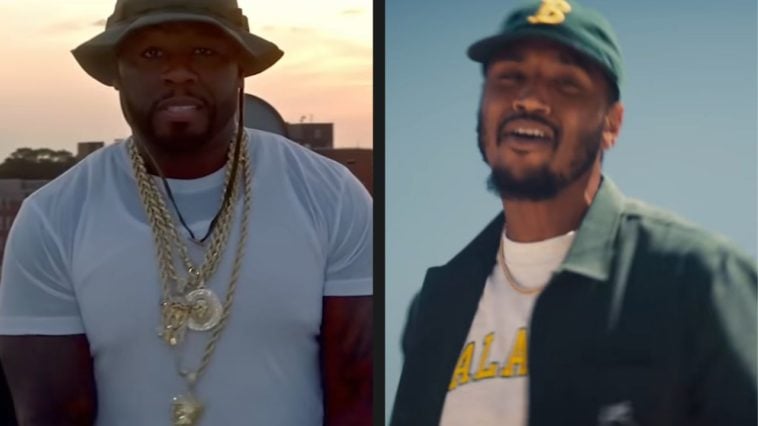 The Power Universe executive producer took to Instagram to air out Trigga Trey for acting up at his Tycoon Weekend.

According to the G-Unit CEO, this isn’t the first time.

50 Cent posted a photo of Trey Songz holding a bottle of tequila with the words “Banned from Tycoon” written across the picture, claiming “Mr. Steal Your Girl” was acting too crazy at the event.

“Last TYCOON he crashed a Wraith, this TYCOON he was acting crazy, wanting to fight and shit over the girls. He broke some shit up in his room @antthaladiesman Nah tell @treysongz he can’t come. Smh”

Tycoon weekend appeared to have a lot going, from the incidents with Trey, to Z-Ro getting jumped by Trae Tha Truth’s crew and Tony Yayo’s alleged fight with singer Pleasure P.

Trey has yet to respond to 50’s claims.

Trey Songz Gets Backlash After Viral Video In A NightClub

The news about Trey Songz comes at no surprise as he’s been the topic of discussion this week.

Fans recently reacted to a video of the “Can’t Help but Wait” singer having an intimate conversation with a young lady in a club during Tycoon Weekend.

While many claim the girl is lucky to have met the celebrity, others warn her to run the other way.