Roddy Ricch had time to fire back at Lil Uzi after he clowned his boots. 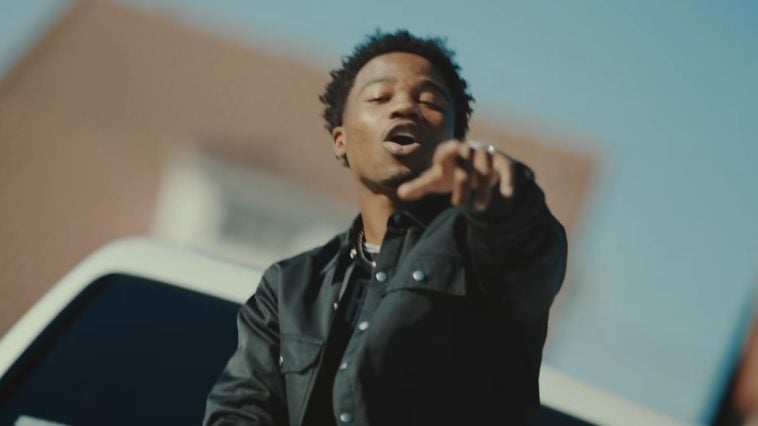 The Compton rapper took things personally when Lil Uzi Vert took to Instagram to poke fun at a pair of military-style boots Roddy sported in a recent post.

The “Neon Guts” rapper posted a screenshot of the cropped photo from the waist down to his Instagram story with crying, laughing emojis asking fans who was the mystery person behind the shoes.

“Wtfffff who is this? I only saw the boots. I hope this is just a normal person, big ass boots.”

What seemed to be a light-hearted joke quickly took a turn after “The Box” rapper got wind of Uzi’s jokes and immediately clapped back.

He brought the Philly rapper’s girlfriend JT from the City Girls into the mix, making a jaw-dropping claim.

“U juss mad these size 8s was in ya bitch get over it,” with a smiling emoji wearing a halo.

Fans were unaware of any previous beef between the two, which explains why the clap back was such a surprise to everyone.

Lil Uzi Vert quickly removed the photo after fans confirmed it was Roddy in the picture.

Lil Uzi is usually known for showing love to his fellow peers.

It’s quite unfortunate that some of the most popular rappers in the game share similar negative experiences with law enforcement.