JID just dropped his new album and shared a glimpse of his family life in his latest music video. 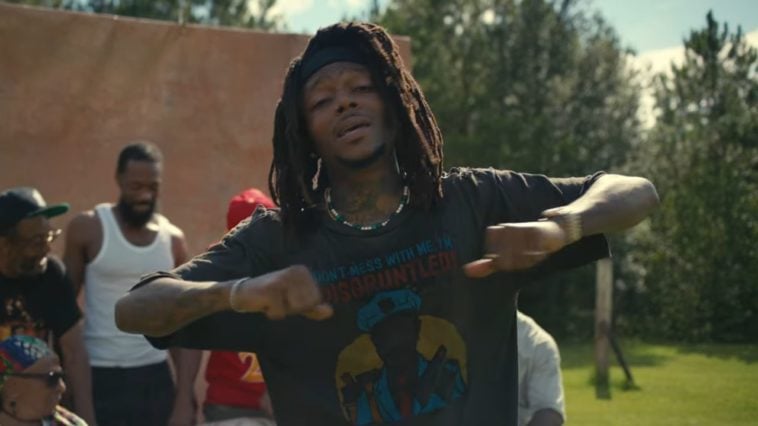 The “Dance Now” rapper dropped his latest album, The Forever Story, on August 26 and released another video for one of the tracks, “Kody Blu 31.”

He shared a snippet of the video on his Instagram page with his family during a warm gathering.

In the post, male members of his family are laughing and playing cards.

As he raps to the camera, his family acts as if they don’t see him rapping.

The official music video starts with JID removing a “For Sale” sign in front of a house and ends with a family portrait of him, his siblings, and his parents.

This is the third video JID has released from The Forever Story, including “Surround Sound” and “Dance Now”.

JID Taking It Way Back

This isn’t the first time JID shared a glimpse of his life through music.

In a video from a song that did not make The Forever Story, JID released a video titled “2007.”

In this video, JID is rapping about quitting football as a teenager and starting a rap career.