Currently, on her farewell tour, Teyana Taylor had just finished her performance in London when she was met with a huge surprise backstage. Music icon Janet Jackson was backstage waiting for the K.T.S.E artist. 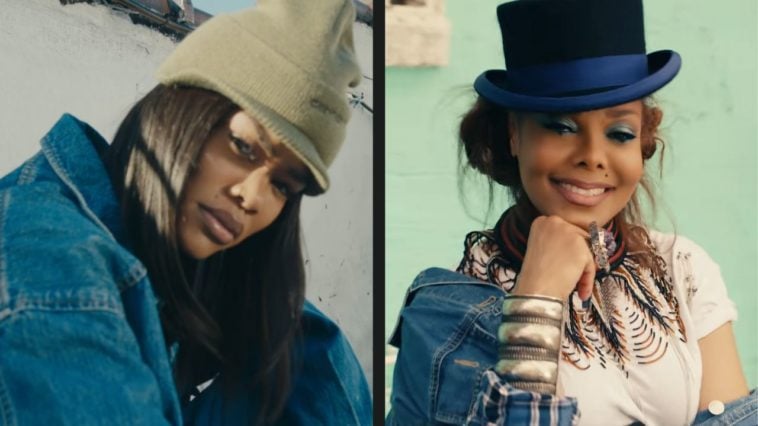 Teyana Taylor had just finished her performance in London when she was met with a huge surprise backstage.

Janet Jackson was waiting backstage to surprise her after her show.

A recent Instagram post by the “Do Not Disturb” artist includes highlights from the night’s show with a video clip of fans singing along to “Gonna Love Me.”

In addition, her heartwarming reaction to seeing the “All For You” artist waiting for her to walk through the door is revealed.

The “Maybe” singer was so shocked to see Jackson that she was almost hysterical.

Teyana Taylor has always considered Janet Jackson as one of her musical influences, alongside her brother Michael Jackson.

In the caption, she shows love to her fans for showing up and selling out the venue.

She also thanked the Control singer:

“Thank you for your loving words always…No matter how close our bond continues to grow, I will always be one of your biggest fans!”

This is only during one of her stops from her farewell tour called The Last Rose Petal 2. The “Made It” singer announced that she is retiring in 2020 because she felt unappreciated and will be leaving the music industry behind.

Teyana Taylor Whips It Up In The Kitchen With Cardi B

Recently, Teyana was whipping it up in the kitchen with “The Trap Selena,” Cardi B on her new show Cardi Tries.

The reality series follows the “Bodak Yellow” artist as she tries new things with different celebrities such as sports, cooking, etc.