Nicki Minaj recently explained to fans why she would no longer perform at the upcoming iHeartMedia Festival, scheduled to take place in Las Vegas. 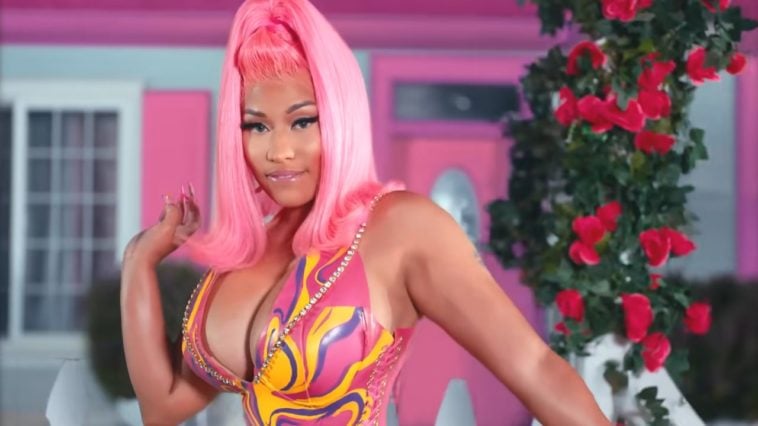 240 Views
Comments Off on Nicki Minaj Explains Why She Will No Longer Perform At This Year’s iHeartMedia Festival; The Barbz React

Nicki Minaj will no longer be performing at the iHeart Media Festival on September 24th in Las Vegas due to an unexpected situation.

The “Super Bass” rapper shared why she won’t be performing and announced other upcoming projects with the company:

“Guys, I may have some surprises on the horizon to announce very soon in tandem with iHeartRadio. I wouldn’t be able to be there in time with all my gear for this one tho.”

In addition, Minaj also announced that she would be performing at Rolling New York later this month.

The “Do We Have a Problem” rapper is expected to share the stage with other well-known artists such as J. Cole and 50 Cent.

Furthermore, the cancellation news could be due to a scheduling problem with both events being around the same time towards the end of the month.

The company also announced that though Nicki won’t be at the event, some surprise performances could be taking the stage.

The Barbz took to Twitter to express their disappointment. One fan asked how he could get a refund:

“I’m so crushed, I was excited to finally see you live, let me drop a tear.”

Despite the fans’ disappointment, they can still look forward to who may be making a surprise appearance at the upcoming festival.

Before the announcement, Nicki Minaj was supposed to be a top headliner alongside Megan Thee Stallion at the iHeart Music Festival. It would have brought together the Barbz and Hotties for an explosion of black girl magic and p-power.

The festival promises the hottest names in hip hop to take the stage at Citi Field later this month..