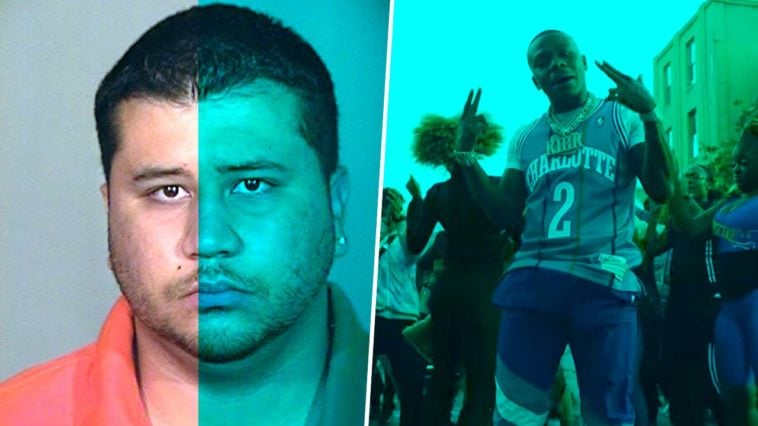 146 Views
Comments Off on How DaBaby Used George Zimmerman’s “Stand Your Ground” Law To Exonerate Himself In 2018 Walmart Killing.

Rapper DaBaby’s legal team has come out in his defense after a new video was released this past Sunday.  In the video, it appears the “Suge” rapper was the aggressor in the fight while in a Walmart store in which another man was killed.

The North Carolina native’s defense team, which consists of Drew Findling and Marissa Goldberg, issued a statement saying that the investigators concluded that he was justified in the shooting after seeing the clip in 2018.

The Grammy-nominated rapper said to police that the victim kept stalking him in the store, and threatening him with a firearm himself.

One of the lawyers for the controversial rapper also went further to explain the footage:

In his self-defense claim, DaBaby, born Jonathan Kirk, invoked North Carolina’s version of the controversial Stand Your Ground Law, made famous when George Zimmerman used it to defend his murder of Trayvon Martin in Florida in 2012.

According to North Carolina law firm, Kirk & Kirk, “Before the enactment of ‘Stand Your Ground’ statutes, a person generally has a duty to retreat before being justified in using deadly force against an attacker. Without such statute, if you can avoid confrontation or get away, you must or you will risk criminal prosecution for assault, or depending on the outcome, manslaughter or murder.”

Until the new statute, enacted seven years before DaBaby’s shooting, the only justifiable use of force in self-defense was “the return of the same level of force used against them; for example, a punch for a punch.”

The shooting in Walmart, a public place where Kirk had the lawful right to be present that fateful day, was justified per the law that states “a person is justified in the use of deadly force and does not have a duty to retreat in any place he or she has the lawful right to be if he “reasonably believes that such force is necessary to prevent imminent death or great bodily harm to himself or herself or another.”

Before the state adopted the law, the only justifiable force Kirk could have used in self-defense was the return of the same level of force used against him; for example, a punch for a punch.

DaBaby Overwhelmed By Shooting & Fighting Headlines: “What Do You Want From Me?”

DaBaby has had quite an eventful past few weeks. Is this all too much for the Grammy-nominated artist? In less than a week, he shot an intruder at his home, fought an artist signed to his own label, and then he reacted to the release of the video this past Sunday of a shooting that he was involved in 2018 at a North Carolina Walmart.