The wait’s almost over for hitmakers Swizz Beatz and Timbaland to put their biggest records against one another. The hip-hop pair and creators of VERZUZ are slated to face-off this evening and all the streaming details are now public. 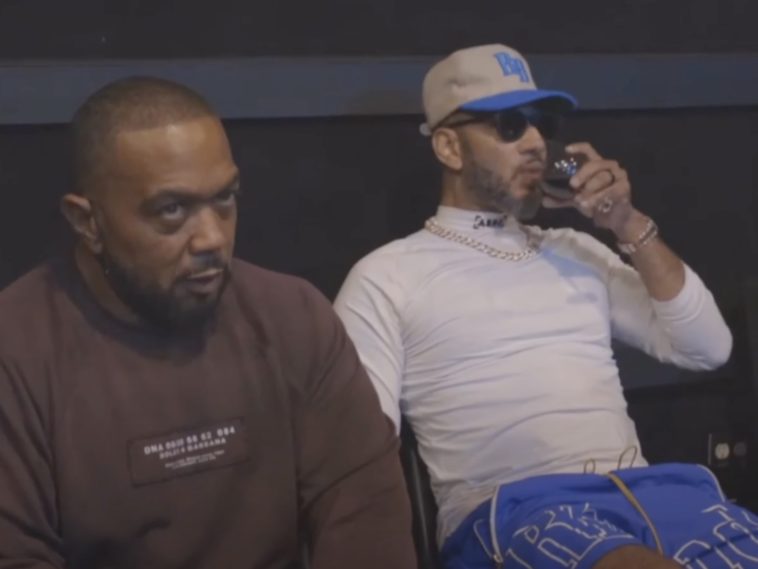 Here’s When + How To Watch Tonight’s VERZUZ

Barring any last-minute changes, Swizz and Timbo are going to face-off at 8 PM ET tonight. The competition’s social media pages made things extra easy to follow by posting time zones both in the United States and internationally.

“TONIGHT ‼️ Drop some 🔥🔥🔥 if you’re ready for THE REMATCH with @TIMBALAND and @THEREALSWIZZZ.”

No longer an Apple exclusive, there are three ways for people to tune in including Instagram and the digital Triller app.

The longtime friends and hip-hop hitmakers first faced off against one another three years ago at annual Hot 97 Summer Jam’s June concert. They’re known for having classics dating back decades.

With Timbaland’s extensive history of producing megahits for fan-favorites including JAY-Z, Lenny Kravitz, Missy Elliott, Kanye West, Aaliyah, Cher and Madonna, Beatz — who has produced for Eve, Diddy, Lil’ Wayne, The Weeknd, Drake, the late DMX, among many more — is in for a tough rematch. (Billboard)

A few weeks ago, legendary R&B groups SWV and XSCAPE faced off in epic fashion. From SWV’s “I’m So Into You” to “You’re The One” going up against “Understanding” and “Wifed Up” – the battle turned more into a celebration than a true face-off.

SWV has a number of hit songs to their name and they decided to perform on the same with an intention to impress their online fans. The trio took over the stage with their chart-topping singles such as ‘Weak’, ‘I’m So Into You,’ ‘Right Here (Human Nature Remix),’ and ‘You’re The One’ among a few others. For the unversed, ‘Weak’ had also reached at number one on the Billboard Hot 100 chart at the time of its release. Speaking of Xscape, the four-member group performed on their hit singles such as ‘Understanding’, ‘Just Kickin’ It,’ ‘Off the Hook’, ‘Traces of My Lipstick’, ‘Wifed Up’ and ‘Dream Killa’. (Meaww)

VERZUZ made sure to go to its own Instagram page to salute the ladies for delivering an unforgettable night.

Following mounted anticipation, rap veterans Redman and Method Man recently came through big with a concert-style night of performances packed with special guests, collaborations and solo flexing. With help from DJ Scratch, Reggie dug into his bag of classics with “How to Roll a Blunt” while Meth delivered on songs like “Shadowboxing” and “Shame on a N*gga.” Megan Thee Stallion Does 1 Mile Warm Up In Workout Clip