The upcoming 65th Grammy Awards will be aired in February 2023. The nominees for the R&B and hip-hop categories have officially been announced. Many were nominated for the first time, such as GloRilla, Muni Long, Latto, and more. 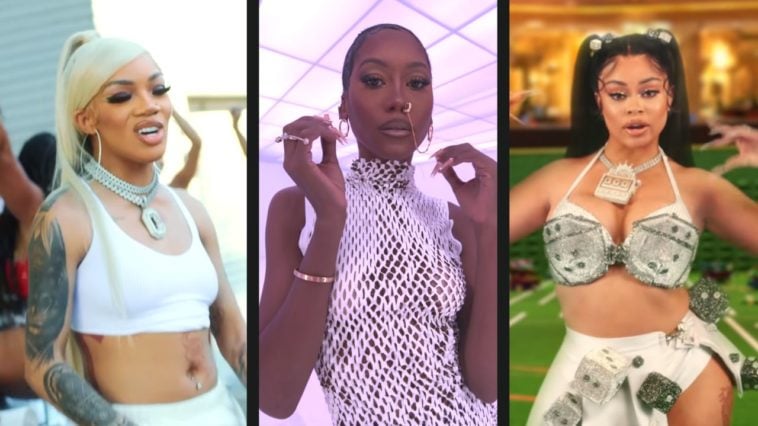 The 65th Grammy Awards are set to be aired on February 5th. The nominees have been announced, and for a few lucky artists, it marks their first nomination.

The first-time grammy nominees are:

Going from a songwriter to a three-time Grammy-nominated artist. Muni Long’s “Hrs and Hrs” is a traditional R&B love song that shows the newer generation what it is like to express to your long-time partner that you genuinely love them and you can do it for “hrs and hrs.”

Snoh Aalegra is the epitome of what writing from the heart is all about.  With the grace of Sade and the songwriting styles of Toni Braxton, Snoh Aalegra has the makings of the Queen of R&B.

This Memphis native went from rapping in her hometown to selling out shows and even booking her first E.P., but no album is out yet. GloRilla has had an eventful year since debuting with “F.N.F.,” and her Grammy nomination shows that nothing stops you if you have a dream and work hard for it.

From winning the rap game, making a name for herself as an independent artist, and now being nominated for a Grammy, Latto is an unstoppable powerhouse. “Big Energy” is a song that generates just that; “big energy,” along with Mariah Carey making a return to the stage, Latto has the potential to dominate the rap game in the coming years.

It’s safe to say the nominations are well-deserved as these artists have put in the work to get recognized by fans for their art.

Many new artists are getting the recognition they deserve, Ice Spice, Armani White, FLO and more are gearing up to take over. Vevo’s “DSCVR Artists To Watch” campaign has officially entered its ninth year and has showcased all the up-and-coming artists that have the potential to break into the mainstream.