“1983! In front of the Disco Fever! Raw swag! They was know as THE DISCO 3! Unsigned days before they won a contest at Radio City that would change their lives and give them a record deal! Hosted by Mr Magic (Rip) and WBLS. I hung up on the block I couldn’t afford a ticket! @princemarkiedee Rest Easy.. in this video u see happiness joy and passion… life is so short… so many good people lost early… RIP Buffy… @feverrecords @charliestettler.9 FAT BOYS! @wbls1075nyc @kurtisblow” 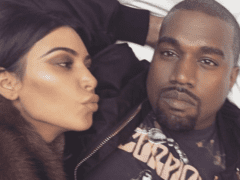 Rapper Prince Markie Dee Of The Fat Boys Dies At 52

According to reports, the hip-hop veteran has left a legacy of classic tunes dating back to the 1980’s and 1990’s following his reported death. Dee even played an unforgettable role in mid-80’s flick The Disorderlies.

Hip-Hop has suffered another mighty blow as Prince Markie Dee of The Fat Boys has died suddenly. He was 52 years old. Born Mark Anthony Morales, Prince Markie Dee came to prominence as 1/3 of the Fat Boys, which was one of the first rap group’s to go pop. With humble Brooklyn roots, the group, comprised of Darren Robinson (The Human Beat Box), Damon Wimbley (Kool Rock Ski), and Morales, came up as understudies of Kurtis Blow and blew up with the likes of LL Cool J, Run DMC, Whodini and others. (AHH) 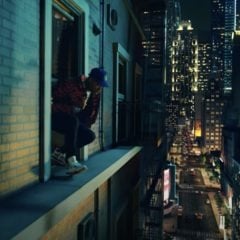 The Internet immediately reacted to the shocking news. Various people and organizations have come forward to remember Dee’s legacy.

“The Rock The Bells family is heartbroken to learn of the passing of Mark “Prince Markie Dee” Morales earlier today. That voice and his presence can never be replaced. Our thoughts and prayers go out to his loved ones. 🙏🏾🕊” -Rock The Bells

“rest in peace to the great Prince Markie Dee of the legendary FAT BOYS. 💔” -el-p

Back in early January 2013, Markie Dee linked up with hip-hop personality Sway Calloway and talked about losing weight. Dee also dished on his days with the Fat Boys.

The Fat Boys are most known for their classic 80’s anthems. Along with Markie Dee, the group consisted of rap veterans Darren “The Human Beatbox” Robinson and Damon “Kool Rocks” Wimbley.

From the Bronx, New York City, New York, USA, the Fat Boys were originally known as the Disco 3, before deciding to trade in the appellation in exchange for something more gimmicky. The bulk of their material dealt with just that, emphasising their size, and did little to avert the widely held perception of them as a novelty act. The trio consisted of Darren ‘The Human Beatbox/Buff Love’ Robinson (1968, New York, USA, d. 10 December 1995), Mark ‘Prince Markie Dee’ Morales, and Damon ‘Kool Rockski’ Wimbley. They were discovered by Charlie Stetler (later manager of MTV’s Dr. Dre and Ed Lover), whose interest was aroused by Robinson’s amazing talent for rhythmic improvisation, effectively using his face as an instrument. (Oldies)