Yeezy employees spoke with Rolling Stone and shared what it was like working with Kanye West. One staffer alleges being fired for suggesting to play Drake’s music while employees worked. 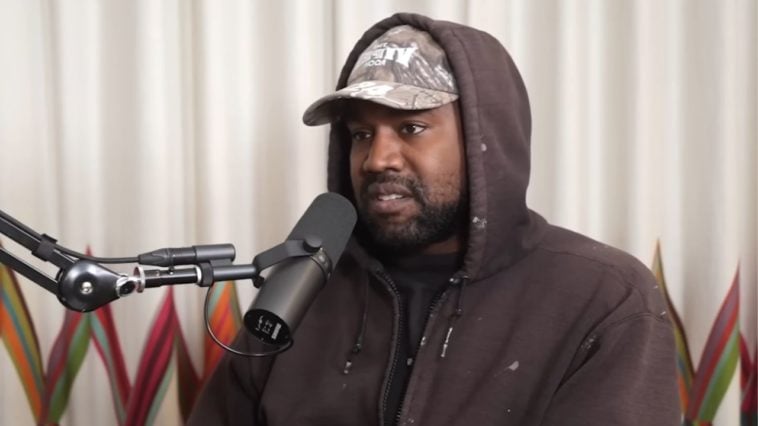 109 Views
Comments Off on Former Yeezy Employees Detail What It Was Like Working For Kanye West:”I Was Fired After Suggesting Drake Song”

Employees under Kanye West’s fashion brand Yeezy recently shared their experiences working with the “Can’t Tell Me Nothing” artist to Rolling Stone.

Many of his recent comments deemed anti-semitic are commonplace in the HQ, as one former worker recalls him openly stating, “skinheads and Nazis were his greatest inspiration.” Another recalls being fired allegedly for suggesting to play Drake as others worked in the office.

“I thought, ‘Oh, he’s a rapper, I should probably mention some rap. Big mistake — the next day I was fired.”

Fans were quick to jump to his defense, with one stating his decision was one of the “ only redeemable character traits of Kanye in recent times.”

“I’d fire you for liking Drake too, one of the only redeemable character traits of Kanye in recent times.”

Another fan appeared to agree with the abrupt termination, saying:

“The employee should have been fired,  he wanted to think for themselves. He asked them what they thought and if they assumed he meant rap (that’s ridiculous) and the only rapper they could name was Drake?

Employee should have showed Kanye some new type of music.”

Ye + Others Dissed On “Her Loss”

Despite squashing the beef between them, Drake reignited the flame by dissing Kanye on his joint album with 21 Savage Her Loss.

On “Circo Loco,” he acknowledges Ye as an “Opp.” In the verse, he says:

“Linking with the opps, bitch, I did that shit for J. Prince.”

J. Prince initially helped Drake get signed to Young Money in 09’, and has acted as a longtime mentor to the rapper.