Ice Cube, Snoop Dogg, E-40, and Too Short are teaming up for an album with their supergroup called Mount Westmore. The West coast trailblazers individually served three decades in the industry and are keeping their heads in the game for the next generation. 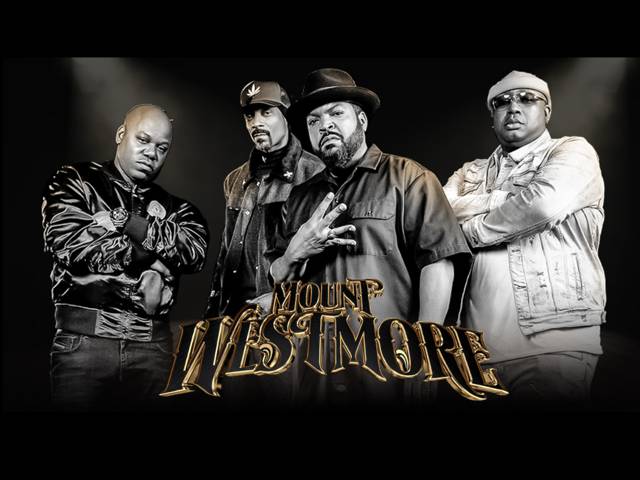 Iconic artists from the West coast are doing it “Too Big” these days. California icons Ice Cube, Snoop Dogg, E-40, and Too Short are coming together with their mega group, Mount Westmore.

This is the first time a group of this magnitude has come together. The legends formed Mount Westmore during the pandemic, which started from a conversation E-40 had with his manager.

“I wanted to call Cube first because if Cube says yes, everybody else will say yes,” E-40 said during a Q&A with SOHH.

Cube, who is an alum of famed groups N.W.A and Westside Connection branded the group as “Mount Westmore” and ran with it. Since the pandemic, the supergroup has recorded over 50 songs, saying it came easily.

“Blow The Whistle” rapper Too Short told SOHH that he enjoys working with his fellow band members, “When I understood how good of a business decision this was, I didn’t realize it would be this much fun,” he said.

“It’s always fun,” Cube said. “We knew that we would create something unique for hip-hop and for people to emulate.” The former N.W.A. member also added, “We were able to make these decisions so fast, because of the love and respect we have for each other.”

The supergroup recalled previous shows where they shared the same stage and sold out at every concert. Even collectively, as a group, they have sold 100 million records combined.

Bad MF, the rap supergroup’s debut album, was released this year as an NFT, only available in the Metaverse. They released the single “Too Big” for their newest album Snoop, Cube, 40, $hort, set to release on December 9.

Additionally, they promised the 15-track album would be filled with funk, wisdom, and swagger. The album will be available on all streaming platforms.

In 2021, in celebration of his 50th birthday, Snoop Dogg released the music video for “Big Subwoofer” featuring West Coast rap icons E-40, Too $hort, and Ice Cube. The video is set in the future with Snoop and his crew on a spaceship, where they encounter all types of characters, including a three-boobed alien bartender.