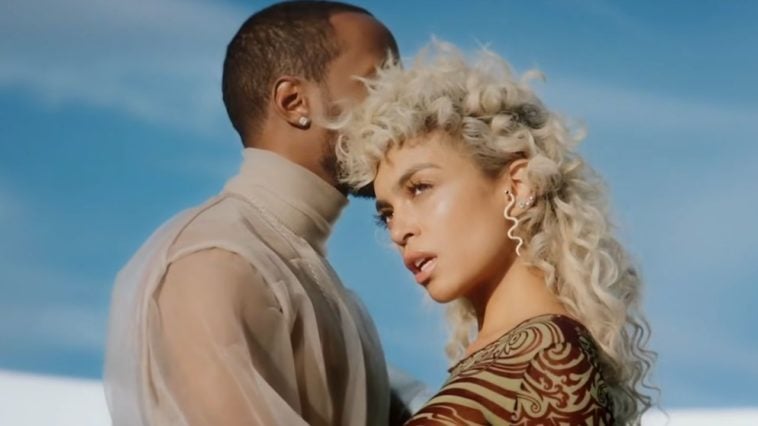 Rising R&B vocalist and multifaceted creator QUIN showed out this past weekend with her boo 6lack right alongside her at the immersive art and experiential LUME studios in NYC.

The two artists have been working together to create an immersive project titled SCORPIA. SCORPIA is an optical display of music representing the water elements of the zodiac, including Scorpio, Cancer, and Pisces, which QUIN believes is in all humans.

This self-exploring project taps into the imaginative state the “Lucid” artist brings to her audience while embracing vulnerability, sensuality, and evolution.

This past weekend’s versatile experience began in the dark studio with spatial screen projections in multiple rooms. As the show started, a visual of QUIN and 6lack took over a single screen, shifting the audience into another room. The 3-dimensional visual soon took fans into a world of futuristic sensuality featuring QUIN’s soft vocals and additional sound from Atlanta rapper 6lack.

As the projection ends, the adjacent screen turns into a purple background with QUIN standing live on set for a performance. The LA native takes a moment to acknowledge her music journey, explaining the meaning behind SCORPIA, and thanking fans for their support.

She then takes the floor with a captivating performance leading fans to pull out their phones.

The project is set to be released on November 11.

The 14-track album features hit songs like “Ex Calling” and “Prblms,” which helped catapult his career into the main spotlight as a music star. MF Doom’s Wife Jasmine Announces His Death At 49: “My World Will Never Be The Same”