Reality TV star Erica Mena is doing the most to either break the Internet or show every online user she’s the baddest of all vixen – ever. The hip-hop model lights up social media once again with a fire shot of herself embracing life from Turks and Caicos Islands.

The estranged wife to rapper Safaree Samuels hit up Instagram with the ultimate jaw-dropping flex. The pic features her rocking a matching bikini in the sand as the ocean water makes its way to her.

Throughout the weekend, Mena went to her Instagram page with her initial batch of eye-opening pics. One shot even referenced her preference for luxury and pricey living with a subtle message possibly referencing her marriage status. Earlier in the week, Erica Mena went to Twitter to shut down everybody trying to tell her what to do, whether intentionally harmful or not. The mother of two said she didn’t need the advice and vowed to always put her kids first. 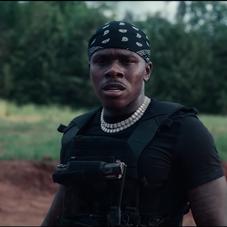