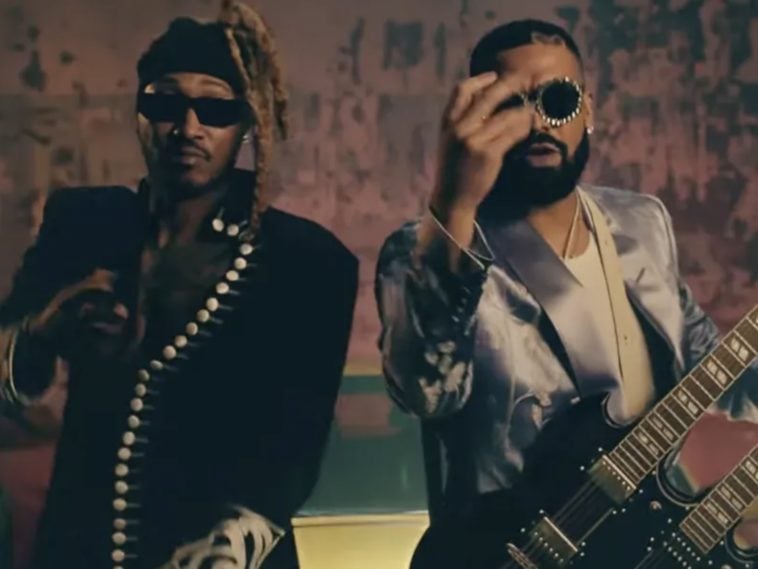 278 Views
Comments Off on Drake Makes Billboard History + Helps Future Get His First No. 1 Song

Drizzy has become the first artist with nine of the top 10 songs on the Billboard Hot 100. He also joins The Beatles as the only other act with all top 5 spots occupied. Additionally, Atlanta rap icon Future has finally gotten his first number one song with “Way 2 Sexy.”

“Drake makes @billboardcharts history with one of the most dominant weeks on the #Hot100 ever, as he becomes the first artist to claim nine of the top 10 positions in a single chart frame, led by “Way 2 Sexy” at No. 1. 📈⁠ He occupies the entire top five of this week’s #Hot100, a feat previously achieved only by #TheBeatles for a week in 1964.⁠”

Besides stunting on the Hot 100, Drizzy still has 600,000 other reasons to celebrate. The first week numbers are in for his newly released Certified Lover Boy project and they are massive.

CLB moved 604,000 units in its first week. This is the biggest debut of the year for any artist and is no surprise considering the huge hype leading up to the 21-track album’s release.

Drake may have massive numbers, but he and fellow hip-hop star Kanye West can move over. They were pushed out of the top spot on Amazon Music’s charts by an unlikely competitor.

Olympic champion Usain Bolt sat at the #1 spot on Amazon Music for several days, with his recent album release Country Yutes, which is also his debut project. Drizzy’s Certified Lover Boy as well as Kanye and Donda fell below Bolt at one point, although CLB has since risen above Bolt’s EP. Future’s “I Rather Hang With Jada” Merch Sells Out