Gossip queen Wendy Williams is done with Tekashi 6ix9ine. The popular and sometimes controversial talk show host has shared her disgust and suggestion to have the “ZAZA” hitmaker banned from social media. During a show broadcast, Williams spoke on 6ix9ine’s baby mother Sara Molina recently stating her family is in danger as a result of Tek’s viral trolling. 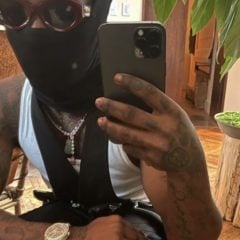