Rapper DaBaby was reportedly the one who pulled the trigger on a trespasser in his home. The controversial rapper cooperated with the cops and explained what happened at the scene. 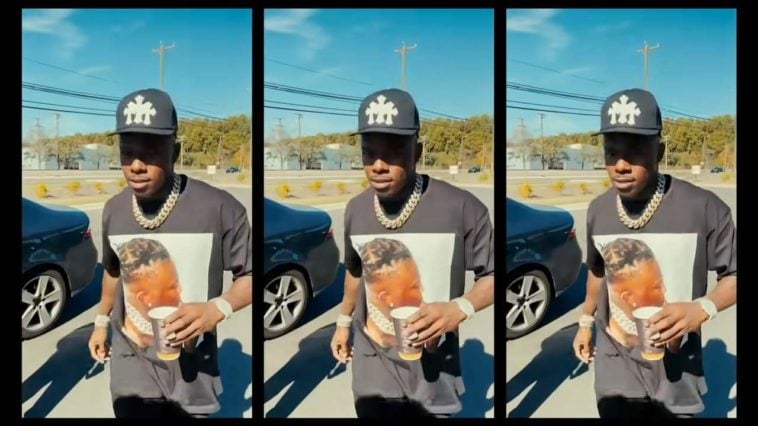 290 Views
Comments Off on DaBaby Pulled The Trigger: Reports

News has come out that DaBaby was the one who shot the intruder into his house. The “Suge’ rapper reportedly had a back and forth with the trespasser and then proceeded to shoot him in the leg for stepping on the property without permission.

DaBaby also made sure to call the police and speak to them about what happened on the scene.

DaBaby responded to media coverage of the shooting at his home Wednesday. The North Carolina rapper is calling out the media, saying that the constant attention on rappers’ lives actually fuels these types of attacks. He said, “Media telling niggas business be the main reason niggas get fye put on em”.

DaBaby made headlines for the wrong reasons last year with more controversy. The hip-hop star was reportedly among a handful of people detained for questioning in Florida over a shooting.

The shooting went down last year in Miami. At least two people suffered gunshot wounds from the attack.

Miami Beach police spokesman Ernesto Rodriguez confirmed that one of the victims has been treated and released from the hospital. He said the second victim remains hospitalized in critical condition. Just seconds after the shots ended, police could be seen appearing to take two men into custody and detectives temporarily shut down the MacArthur Causeway at one point during the investigation. Rodriguez confirmed that officers have “several possible subjects detained,” including the 29-year-old rapper DaBaby.

A few months back, the “Suge” rapper got into a brawl at a Los Angeles bowling alley with ex-girlfriend and singer DaniLeigh’s brother Brandon Bills.

A video surfaced of the brawl featuring DaBaby and his crew pummeling the brother of his ex-girlfriend and baby mama, DaniLeigh.  In the video, DaBaby is seen exchanging harsh words with Brandon Bills. Suddenly, DaBaby throws the first punch. The two men go at it, slipping around and falling on the bowling alley floor as DaBaby’s crew gets into the action.

Now, DaBaby is facing a lawsuit from Brandon Bills, who is suing the rapper for assault, battery, emotional distress, and negligence.  Bills is claiming he’s been suffering in the aftermath, including hefty medical bills, physical and psychological problems.

DaBaby on the other hand is declaring this attack as self-defense, saying Brandon was ‘running around threatening people’ during the exchange between the two.