Elusive rapper Playboi Carti took some questions in a rare interview and offered support of the LGBTQ community.  Immediately fans started to debate his own whether he’s gay or straight. 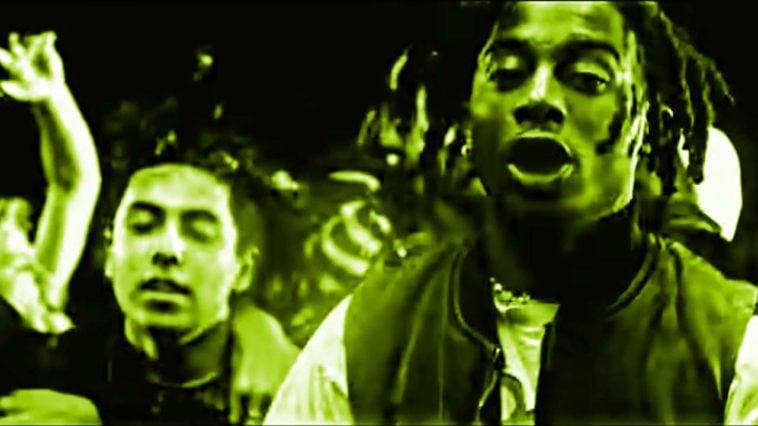 387 Views
Comments Off on Playboi Carti Has Embraced The LGBTQ Community. But Does That Mean He’s Gay?

Playboi Carti was asked by XXL about his “vamp” fashion sense. The rapper is often seen wearing rock/metal face makeup and fingernail polish and dark, gothic, avant garde clothing.  Nevertheless, Carti stood confident in his style, answering, “I wouldn’t give a f**k because it’s like, I love everybody.”

The rapper then went on to say, “I don’t judge anybody. I have gay friends. I have trans friends, you know what I’m saying? I done dated…”

The interviewer then cut him off before he could finish and didn’t push the rapper with any further question. This left fans to question what Playboi was about to reveal.  Did he just come out as gay… or not?

Readers of the interview left with many questions surrounding Carti’s future album called “Music” and the clothing line he referenced in the piece.

However, the talk of the town was the aforementioned unfinished statement about being open and supportive of the LGBTQ community.

Many walked away from Carti’s comment of  “I’ve done dated…” questioning if that statement was to show support and make himself an ally to the community or if Carti was revealing his sexuality preferences in the piece.

Screenshots of the interview circulated Twitter like wildfire, complaining that XXL missed the opportunity to cover a new realm of LGBTQ support in the interview.

Carti has previously found himself in a sea of questions about his personal fashion choices. A frequent wearer of skirts, eye liner, and always rocking the nail polish, Playboi said it best in his song “New Tank”, “They thought I was gay!”

This also isn’t the first time these rumors have come into circulation. In November 2017, rumors surfaced that Playboi Carti was gay after his ex-girlfriend Rubi Rose liked a comment calling him out.

The ellipsis after “dated” prompted many fans of Playboi Carti to speculate that the rapper was perhaps about to reveal things about his previous relationships. Fans also wondered if the rapper was romantically involved with someone from the LGBTQ+ community.

“damn dated who? would be cool to see a high profile rapper like carti talk about having dated trans women, or even men tbh 😂 but i guess that wasn’t in the cards for this interview” wrote a user on Twitter, after the interview.

Frank Ocean came out as bisexual in a raw and emotionally vulnerable Tumblr note in 2012, right before the release of his debut album Channel Orange.

Then there was Tyler The Creator who said he tried to come out as he tweeted out on Twitter. “I TRIED TO COME OUT THE DAMN CLOSET LIKE FOUR DAYS AGO AND NO ONE CARED HAHAHHAHAHA,” he tweeted in April 2015.

Joke or not, the artists above let the hypermasculine world of rap take a backseat to connect with people who may not always feel seen or accepted in the world.

Notoriously queer and proud artist, Lil Nas X, cites the above-mentioned men as the reason he felt comfortable coming out and staying in the rap game.

In the case of Carti, offering support or announcing sexuality should be an opportunity to grow the fabrics of rap, not tear them apart.