Singer, songwriter and producer Victoria Monèt recently made major career moves. From sell-out shows to making her acting debut on Grown-ish, it is great to see this talented artist succeed. 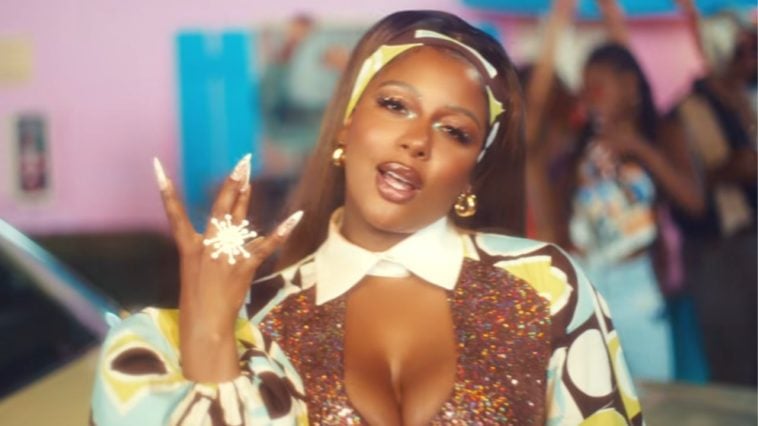 Victoria Monèt has been making huge moves in her career lately.

Recently, Ms. Monèt did a live performance and shared a slower breakdown of her dance routine to the song “Some Cut” by Trillville.

Furthermore, the west coast artist decided to create a step-by-step tutorial for her fans and posted a preview on her Instagram page.

In addition, alongside performing killer dance numbers, she is also making her acting debut on the popular television show Grown-ish.

In another post on the Nightmares and Lullabies artist’s Instagram page, she teased fans with a sneak peek of her on the TV show set.

The R&B singer has been experiencing great success in her career in the past couple of years.

From releasing her first EP in 2014, to her debut album Jaguar in 2020; while also working with superstar artists such as Ariana Grande, T.I., and Chris Brown.

Additionally, she is a mother.

Her daughter Hazel Monét Gaines is one year old. She is also in a loving relationship with her current boyfriend, John Gaines.

Victoria Monèt has proven to everyone that she is a force within the entertainment industry and shows no signs of slowing down anytime soon.

The two are sharing intimate scenes and embracing each other, showing everyone that they are a happy couple.